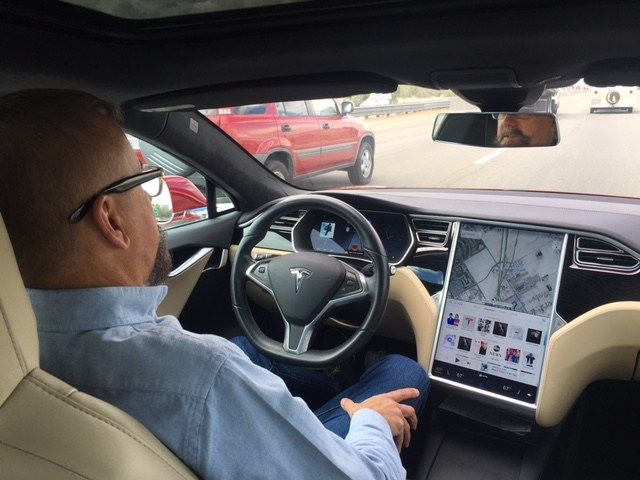 Self-Driving Car Tests To Continue In California Despite Arizona Fatality

In a world obsessed with the latest and greatest gizmos, some believe self driving cars may be the next big thing. But after a woman was killed by an autonomous Uber SUV in Tempe, Arizona over the weekend, Uber and car makers like Toyota have decided to pump the breaks on their self driving car programs. Other car makers though could be testing driverless cars on California roads as soon as next month. Semi-autonomous Tesla owner Paul Zapala says it may not be a bad idea to wait for the Jetsons-like technology.

"I’m not sure we’re ready for fully autonomous driving yet. I think the technology just isn’t there," said Zapala.

After the incident in Arizona and his own experience behind the wheel of his Tesla Model S, Zapala says at first he was skeptical of self driving technology.

"It took some getting used to, especially getting on the highway and putting it on autopilot. It was very unnerving at first to trust a machine to drive the car for you," Zapala said.

And driving the car for you is exactly what his Tesla can do.

"Right now it’s reading the traffic and the lines and I’m going to engage the auto-pilot and auto steer. And so now it’s keeping me within the lane lines. I have it set at 80 and as soon as I get close to that car it’s going to slow down and keep a certain number of car distances away from me. And it’s completely steering itself right now," said Zapala.

The autonomous Uber SUV that killed a woman on Sunday had a driver in the driver’s seat on stand-by. Next month the DMV has given the green light to car makers who want to test their self driving vehicles without a driver inside the car. That has people like Zapala a little nervous.

"I do get nervous around big-rigs and especially when I don’t see them on the screen and I’m not sure it’s found it yet. Now it’s slowly trying to correct. I have had instances where I’ve grabbed the wheel and have just  been a little bit concerned that it wasn’t going to correct itself," Zapala said.

Arizona police say neither the driver of the Uber SUV or the woman who was hit were intoxicated at the time of the crash, leaving many people wondering if the new technology is ready for the busy roads in California. So far the DMV has 52 applications for companies that want to test driverless vehicles in California.