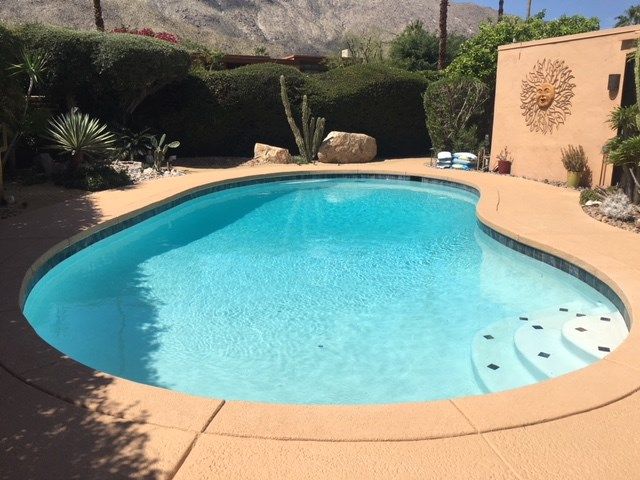 If you are thinking about getting your pool remodeled before summer, make sure you do your homework. After paying $14,000 dollars, a man in Palm Springs says his pool is now leaking massive amounts of water and the contractor refuses to fix it.

Neal Duenas of Palm Springs just wanted a new pool. So he reached out to a man named Hector Ramirez with Sun West Pool, Spa and Landscaping. At first everything seemed to be going well but towards the end of the job, things started to change.

“As the pool started to get completed, I could see that his demeanor started to change drastically,” said Duenas.

“We put a piece of tape on the side of the pool to see how far it would run. And it’s gone down about two inches. That’s quite a bit of water,” said Duenas.

He has tried getting a hold of the contractor repeatedly to get him to come by and take a look.

“He’s just not responding, I’ve tried to reach him on the phone and also text emails and there’s no communication.”

The pool has an auto-fill feature that keeps filling it with water. Something that must be done when a pool is new or it could begin to crack. Not only is Duenas concerned about wasting water, he didn’t like what the Desert Water Agency told him either.

“They said our bill is probably going to be $1,000 dollars, which is outrageous. All this water we’re wasting, just because the contractor doesn’t want to respond,” Duenas said.

Duenas has spoken to other contractors about the issues and what they told him may be even worse.

“I’ve talked to some contractors and they said it should be addressed otherwise it could be a sinkhole, because all this water is going somewhere,” said Duenas.

After several calls KMIR was finally able to get the contractor on the phone. He refused to take responsibility for the leak and refused to do an interview. Duenas is now considering legal action.