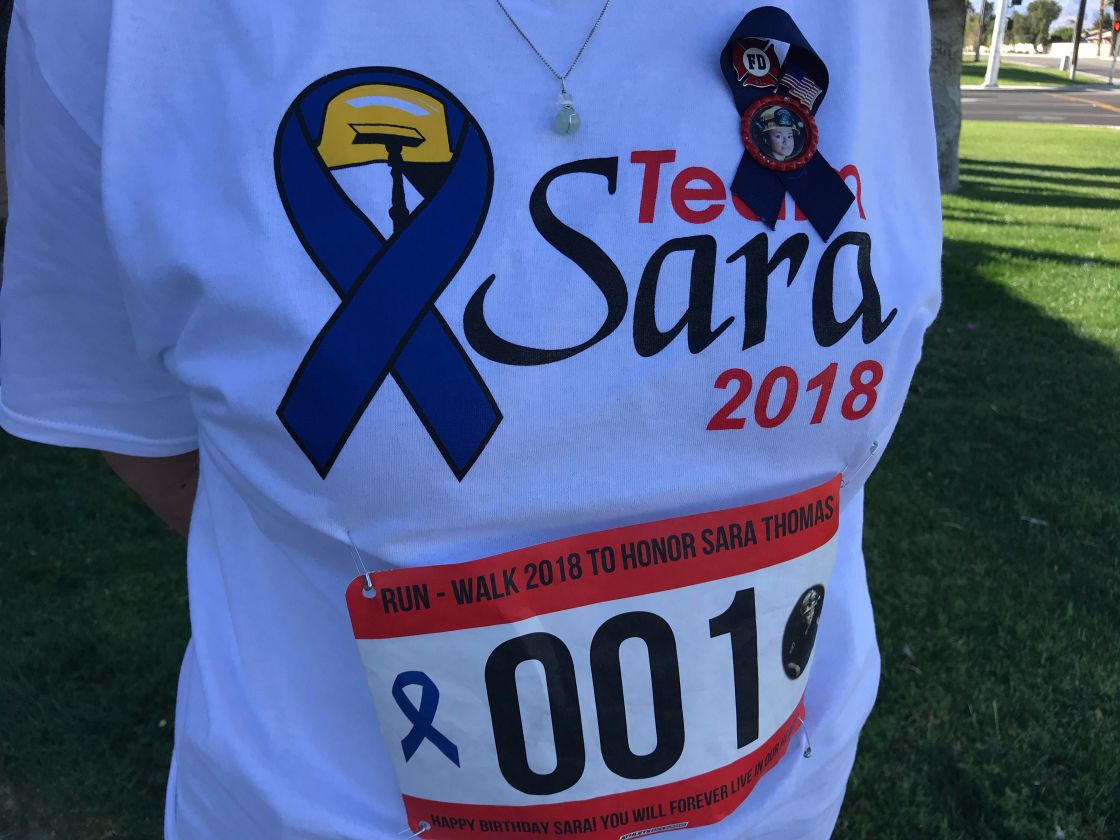 Family and friends are honoring Sara Thomas, an Indio firefighter who lost her battle to cancer last January. Her family is honoring her life with the annual Run-Walk for Sara Thomas.

"I want to honor Sara’s memory. I don’t ever want anyone to forget about Sara," says Sara’s mother, Mirna Flores. And she is definitely not forgotten.

Story: Mother of Teen Struck and Killed by Driver is Demanding Change

Thomas would be 43-years-old today, but due to cancer, her life was cut short. Indio Station 86 Fire Captain Brian Norwine says, "So cancer is presumptuous for firefighters because we’re exposed to so much carcinogens and other hazardous materials throughout our career."

Despite the risk, Sara loved what she did. "When she got diagnosed, I don’t know what hurt her the most. The diagnosis or the fact the fact that she couldn’t come back to work," says Captain Norwine. Thomas leaves behind two twin daughters and her husband.

Thomas’ mom misses her big smile, "When I did something or say something she would call me, ‘Old lady’ and give me this smile and I miss that."

Her fire family miss her too, "I always think about how she was just smiling and running calls together and we had several calls where we actually made a difference in peoples lives," says Captain Norwine.

Story: What to Expect From The Rancho Mirage Observatory

Those participating visited Thomas at the Coachella Valley Cemetery, and though it’s been over a year, her sister, Lupe Minjarez, says it’s still hard thinking about how much Thomas taught her. "Anything you put your mind to you can do it, don’t let anybody stop you. Don’t let anybody get you down, and that’s the hardest part for me because she was my cheerleader and I was her cheerleader, and now I don’t have that."