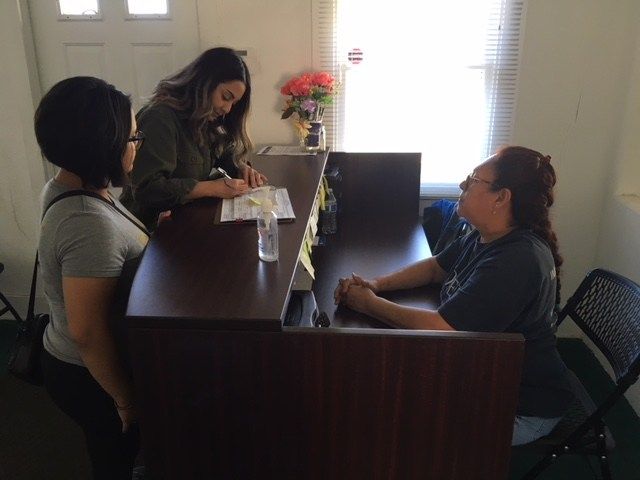 The state of California and the federal government are locking horns again. This after the Trump administration wants to ask about legal citizenship on the upcoming 202 Census form and that’s creating more fear for people her in the Coachella Valley.

For sisters Saria and Iris Sanchez, the United States is the only country they have ever known.

"If I were to go back to Mexico the place that we were at, I feel like everything would be different. People that knew me when I was little wouldn’t remember me," older sister Saria Sanchez said.

As mere children their parents brought them here from Mexico, their mother swimming through rivers filled with raw sewage to get here.

Until DACA came along, they lived in fear. A fear that is now resurfacing after the federal government announced that it will ask about citizenship status in the upcoming 2020 census. That fear extends to their father and mother.

"I want her to be healthy," Sanchez said through tears. "I don’t want to lose her either. It’s just really hard. I just want to be their to help her."

As does state Attorney General Xavier Beccera who today announced he would sue the federal government to prevent census takers from asking people like Saria and her mother about their citizenship.

"Given the way that this administration has attacked immigrants. you can understand why immigrant families can be afraid to fill out the census questionnaire," Beccera said.

Beccera argues that the newly added question will discourage minorities from participating in the questionnaire.

"I would be afraid. I don’t even know if I should answer that question. Are they going to come to our house after they see that answer that you’re not documented? It’s just a fear that you have," Sanchez said.

A big issue if immigrants don’t respond to the census is that it will result in an under count of the minority community which means fewer federal dollars for things like schools, healthcare and infrastructure.