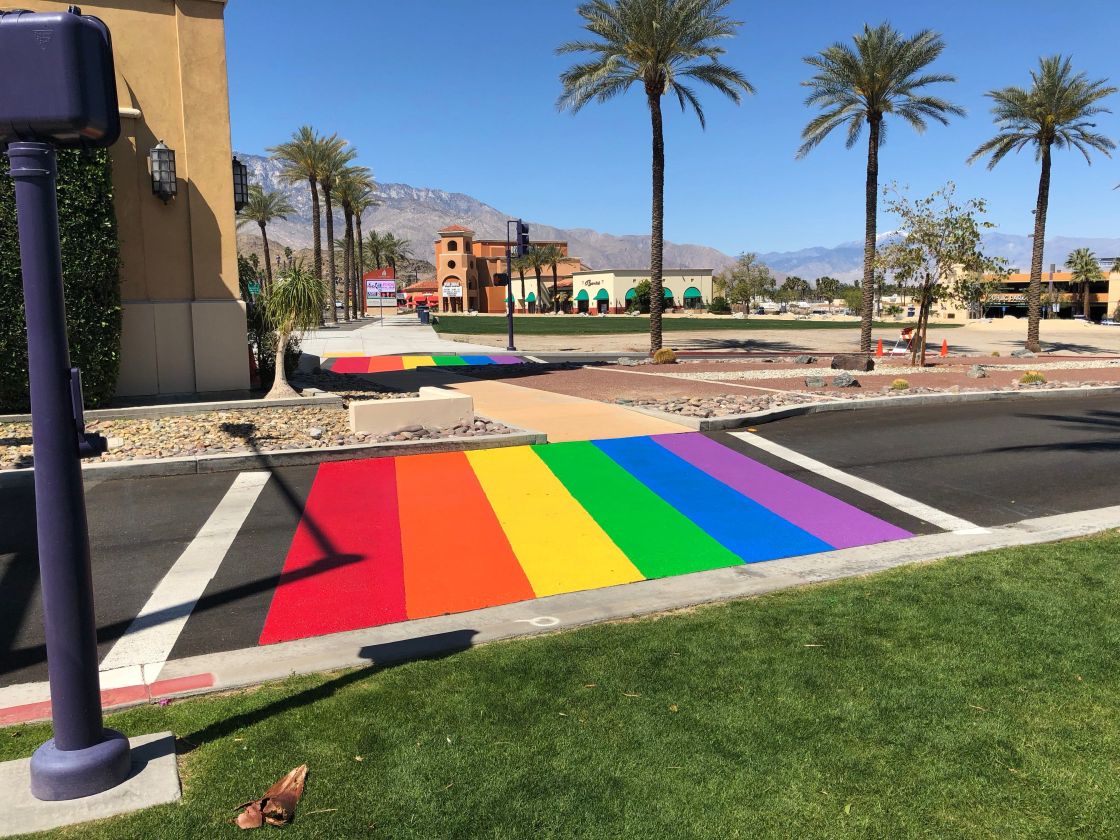 Thousands are expected to turn out for Cathedral City’s Annual Pride event this weekend, celebrating the LGBT community across the valley. But Tuesday, there was a special emphasis on the transgender community as the community observes Transgender Day of Visibility.

Fresh coats of paint cover the crosswalks in front of Cathedral City City Hall. It’s a temporary rainbow flag for pride this weekend but a permanent reminder that the Coachella Valley is a place of acceptance.

"We are in a better place here but overall there are still some struggles we have to face. We’re kind of like the last frontier within the LGBT," said Thomi Clinton with the Transgender Community Coalition.

She’s one of the voices for the trans community and today she’s celebrating their accomplishments in the valley.

"Leadership, healthcare, all sorts of things that are happening within the trans community," said Clinton.

"Great qualifications, she’s a great moderator when it comes to conflicts within the community," Clinton said.

Clinton has also worked with police departments across the valley, helping officers when speaking with transgender victims and helping them use correct identifying pronouns.

"You know there’s about 27,000 trans-gender people in the inland empire. We see one and we say there’s a trans-person…but most trans people tend to want to blend in," she said.

They’ll be part of a bigger community at this weekends LGBT Days. It’s California’s first pride event of the year and one of the major highlights is the bed race. It brings in celebrities from the LGBT community. And it’s just another jump starter for downtown Cathedral City’s economy.

More than 5,000 people are expected to converge to celebrate diversity and equality here in the Coachella Valley.

For more information on this weekends LGBT Days events, go to cathedralcitylgbtdays.com/events.