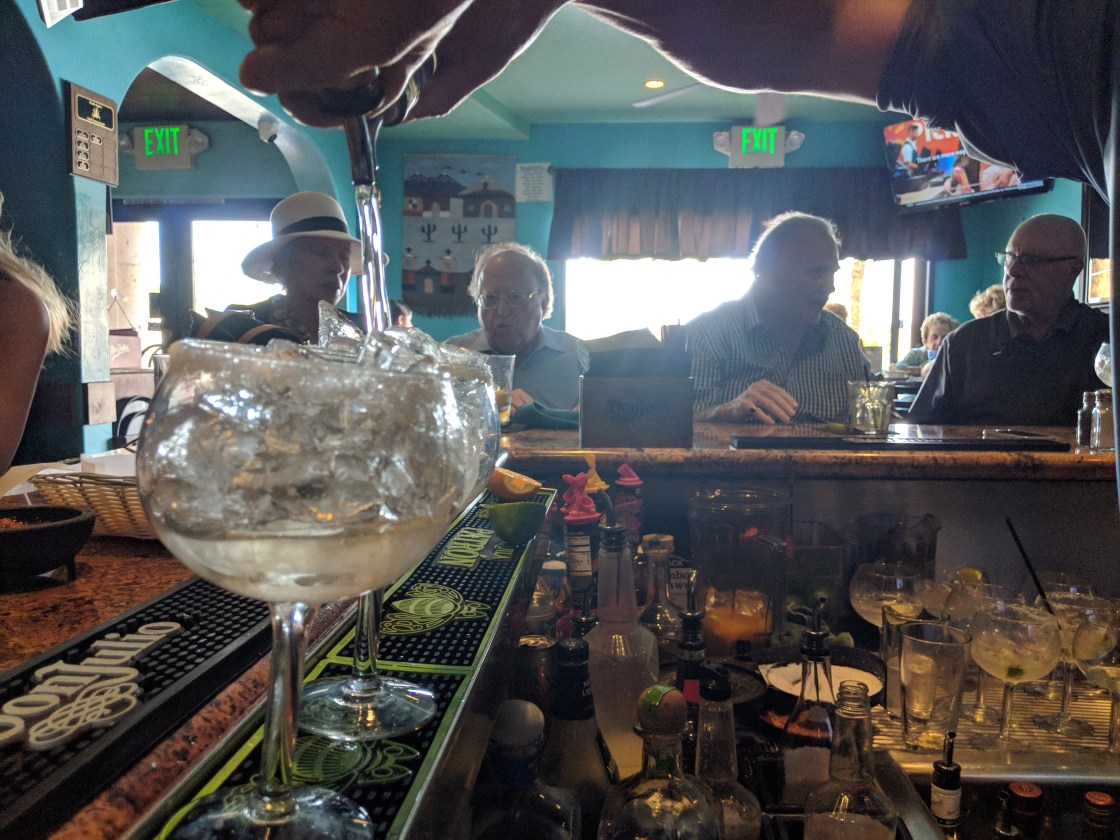 The month of April is National Alcohol Awareness Month, with the purpose to reduce the stigma of alcoholism and encourage treatment. A Coachella Valley non-profit organization that researches the local community found that over half of the desert population are alcohol drinkers.

Jesus Martin is one of the bartenders and he said the house margaritas are their bestsellers, but he said there is a limit.

The reason they cut-off customers after two of their margaritas is because they are hefty. Martin said the recipe calls for two ounces of 40-proof tequila and they top it with 60-proof triple-sec.

He said, “I just tell them that I want to see them the next day here at the restaurant, and they understand.”

But not everyone has a bartender around to prevent binge drinking.

Jerry Quintana, is a research assistant with the Health Assessment and Research Communities (H.A.R.C.), they analyze healthy and unhealthy behaviors in the Coachella Valley community.

Their survey shows over 4,000 people drove under the influence of alcohol last month alone.

Quintana said, “In one sitting lets say a male had five drinks or more, that would be considered binge drinking and for a woman, she would need to have four drinks or more.”

Quintana is helping spread the word locally about April’s designation as National Alcohol Awareness Month, “So 40% percent of adults in the Coachella Valley have had a binge drinking episode in the last month.”

The month initiative is to inform the community about the health repercussions from binge drinking, such as mental health issues, liver disease and various cancers.

“It’s a widely accepted drug,” Quintana said. “So I think that is why it is easier for people to abuse it and not really have limits.”

And knowing ones limit can make a difference in preventing an issue stemming from alcohol.

Jill Williams was enjoying her last bite of her chicken fajitas with a margarita at Fresh Agave, and she said she approves of them limiting their margaritas to two.

Williams said, “I want to be responsible citizens on the road, get back forward going, so it’s just temperance.”