Man Says He Was Randomly Shot in Indio 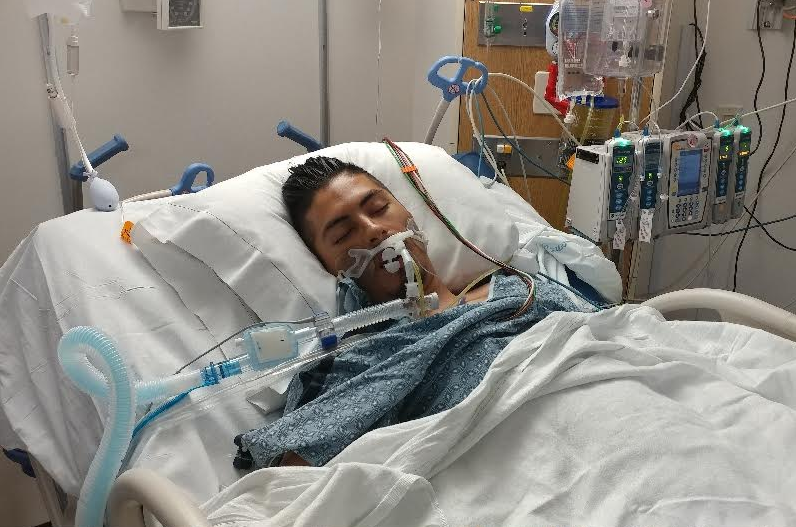 A man who says he was shot at random in Indio is recovering and telling KMIR News what happened. The shooting victim is now speaking about how he was gunned down while meeting someone to buy car parts.

His name is Zeus, but we’re keeping his family anonymous for their safety.

“I could have easily died. How can you, how can you just do that? How can you just go up to somebody and just shoot them?” Zeus spent nearly two weeks in the hospital recovering from a shotgun wound.

“The guy with the shotgun, he approached me really violently, and then that’s when I felt afraid for my life.”

He says he was gunned down in Indio on March 15th, “for me it was just like a regular day, nothing to special about it. That neighborhood that I was in, I had never been there.”

Zeus left his house, but never returned. When his wife got worried, she got the phone call. She says, “right at that same time, that’s when the hospital called me and told me that you know, your husband’s been shot.”

Zeus says two strangers approached him, “the second guy, I didn’t see him until he cocked back the shotgun, and I heard the shell bounce off my car.”

He says he gave them everything they asked for, but there was no mercy. “The guy with the shotgun, he approached me really violently, and then that’s when I felt afraid for my life.”

“Everybody has somebody that loves them. You don’t do it to them, you do it to the family.”

So he says he tried to run, but was shot in the lower back. “I was able to look at my damage and I saw a big gaping hole in my body. I saw blood gushing out. So much stuff goes through your head.” Stuff like not being able to see the love of his life again, or his newborn baby.

The Indio Police Department confirmed with KMIR News the shooting was reported and happened on Sandpiper Avenue. The department says it’s an ongoing investigation.

Zeus just has one question for the shooter, why? “Everybody has somebody that loves them. You don’t just do it to them, you do it to the family.” Because of the pain from his wound, he’s still not able to hold his newborn baby.

If you have any information, contact the Indio Police Department. The family has set up a GoFundMe page to help with future recovering expenses. If you would like to help and donate, click here: GoFundMe For Zeus.