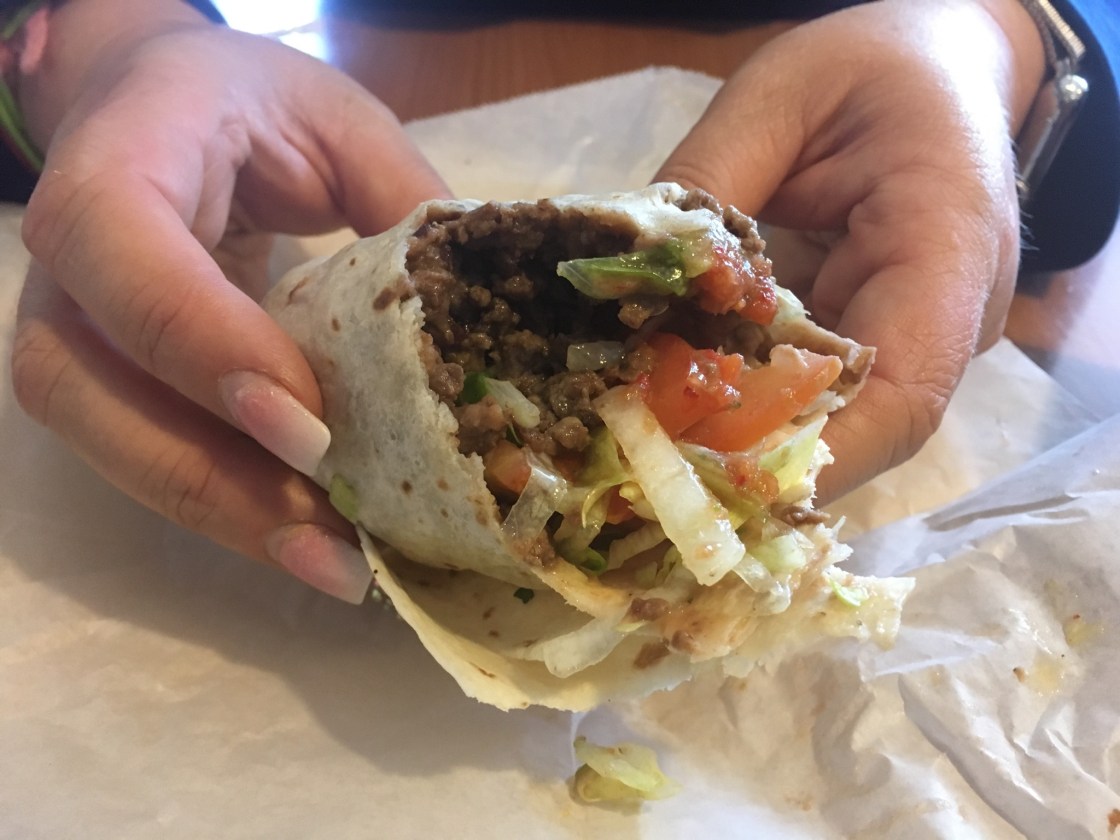 The Hunt for Valley’s Best on National Burrito Day

Carne asada on a hot griddle, next to a flour tortilla ready to be stuffed with a little bit of everything that makes your taste buds go wild.

So, Jonathan Oaxaca, my colleague and I went on a mission: find the best burrito in the Coachella Valley, or at least make the attempt. It’s not as easy as it sounds. We got advice from our viewers who gave us many recommendations. Many of them were in the East Valley. We had several rules: it could not be a chain restaurant, order a carne asada burrito, and pay for every burrito.

Our first stop, El Tranvia Restaurant and Ice Cream Shop in Coachella. We wanted to see what all the buzz was about.

When we asked the owner Oscar Ventura, what made his burritos the best he said it was the time he put into making them and his family recipes.

So did it live up to the hype?

“Mmm, honestly it’s the best asada I‘ve ever tried out here in the valley,” said Oaxaca who did not stop at just one bite. We split every burrito in half to share but he thought it was so good he was eyeing my half!

I thought he was exaggerating, but when I took a bite, I could not believe how delicious the meat was, “Mmm wow the flavor on the meat is top notch.”

Next up: Jalisco Restaurant also in Coachella. People say this place is authentic, and well priced.

“Mmm, the sauce gives it that nice taste, spicy and the meat is really soft, I really like it,” said Oaxaca.

I liked it too. It reminded me of something you can whip up quickly in your own kitchen, natural and simple.

We didn’t think we could eat another bite, but for the sake of National Burrito Day, we had to sacrifice, and thankfully Rosa Flores, owner of El Rincon Norteno, welcomed us with open arms.

This burrito isn’t called “The Works” for nothing. It’s overflowing with meat and really heavy. It has a lot of fresh avocado and a comes with a side of chips and a homemade roasted salsa. It was well priced and could feed a small army. And I cannot say enough about the service at El Rincon Norteno, like eating at your favorite aunt’s home who can cook up a great meal at the drop of a dime.

Oaxaca liked it too, “Mmm I like the meat it’s really smooth and really good,” adding he also liked the chips and homemade salsa. He said it was the most generous portions for the best price and loved the welcoming atmosphere.

Last but not least we went to Fresh Agave, a place in Palm Desert that is always packed. The wait time of at least a half hour when we were  there so they must be doing something right. Their burrito was more fajita style, no rice and beans inside, like all the other places. The rice and beans came on the side. The meat was also marinated to perfection. Their burrito is delicious and service was great.

Every burrito we tried was delicious so it was a really tough choice.  But there has to be a winner.

I give the first ever “Kittylicious Award” to El Tranvia.

Jonathan and I know our Mexican food and both think El Tranvia has the best carne asada burrito in the Coachella Valley we tried. The meat is marinated in some sort of combination of al pastor, barbacoa, asada flavoring that is hard to explain. Neither of us had ever had anything like that. It is amazing and a must try. Also every salsa in their bar is just like grandma used to make in a molcajete.

A place we did not get to try that received a lot of recommendations is Zapopan Mexican Food in Desert Hot Springs. Even Chief Dale Mondary gave it a good review, so any place that’s good enough for the Desert Hot Springs Police Chief is a winner in our book.

It’s wonderful to see so many restaurants making fresh Mexican food, fast and right. We are proud  of Coachella Valley for making their Mexican food with pride and a lot of TLC.