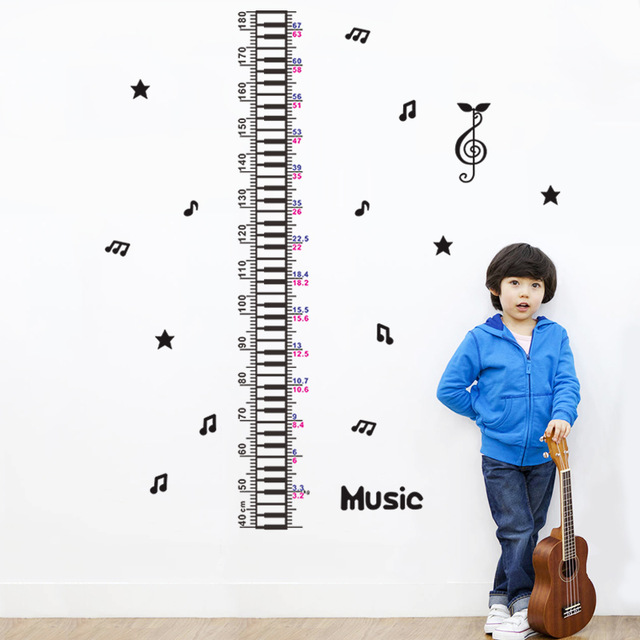 It’s the rare parent who is at peace with the size of their infant. Most of us are somewhere between uneasy and distraught with how our babies plot on growth charts, no matter whether our children are petite or portly.

My husband and I are in the latter group. Our 11-month-old son is off the charts in weight and length, and even though his amplitude very much speaks for itself, I can’t help but announce it whenever he meets someone new.

“No, really, he is huge!” I confess-exclaim, as if all 33 inches and 28 pounds of him didn’t make that patently clear.

Though parental interest in baby size is nothing new, the heightened anxiety around it is. Parents today like to worry, and babies, nonverbal and immobile, present us with a relatively limited range of things to worry about them. If we must obsess over something, size is one of the few options.

“There is no word I use in any given day more than ‘normal.’ Normal. Normal. Normal,” said Dr. Joseph Hagan, a clinical professor in pediatrics at the University of Vermont College of Medicine and the Vermont Children’s Hospital, when describing his interactions with parents about the size of their children. “The amount of anxiety (among parents) has risen to such a remarkable level that it’s taking away from people enjoying and taking pleasure in their child. It really troubles me.”

Technology is partially at fault here. We increasingly view our physical output, such as physical movement or sleep, in terms of metrics. If there are good and bad numbers attached to our bodies’ performance, then surely, it must work the same for our babies.

Also, the baby-feeding culture wars aren’t helping. Give your child breast milk, and you are a perfect mom who also might be starving that poor little creature. Give your child formula, and that baby is being simultaneously overfed and undernourished, and bound to physically, emotionally, financially and legally suffer for it in the future. Either way yields guilt and defensiveness, states of mind that don’t mix well with sleep-deprivation.

As such, the growth chart can easily morph from a couple of loosely relevant data points into a measure of our fitness as parents.

“I think parents’ perception of growth charts is that their child is being graded and somehow their child has to get an ‘A’; otherwise, they won’t get into an Ivy League school,” said Dr. Ari Brown, an Austin, Texas-based pediatrician and the author of the “Baby 411” book series.

Brown explained that while growth charts provide useful information to doctors and parents, they should never be considered report cards.

What growth charts tell us, and what they don’t

The main purpose of growth charts is to document trends. A baby who begins her life at the bottom or top of the charts and stays in generally the same zone is not a cause for concern. But if this baby greatly climbs or falls on the charts in a short amount of time, it might signal a health condition. The same goes for head circumference: The number matters far less than consistent growth.

Also, doctors are much more interested in the relationship between the percentiles for weight and length than they are the numbers themselves. Healthy babies tend to land in somewhat similar percentiles for both metrics and are probably getting enough nutrition.

This goes for those babies who don’t chart at all. Because it is impossible for researchers to determine what is the largest and smallest possible weight and length for babies, designers begin the charts at the fifth percentile and end them at the 95th percentile. This means 10% of babies are, like my son, unchartable. But as long as they are off the charts in both weight and length in the same direction, they are probably doing just fine.

How the charts are made

There are other factors to consider when interpreting growth charts, including the population on which they are based. Starting in the 1970s, the most commonly used growth charts in the United States were based on 10,000 infants and children living in Ohio between 1929 and 1975. These kids were mostly white, middle class and formula-fed, and they created a less-than-ideal point of reference for an increasingly multicultural and breastfed population.

In 2000, the US Centers for Disease Control and Prevention released growth charts based on millions of children from a variety of racial and ethnic backgrounds, both bottle- and breastfed. They included, for the first time, body mass index, which is helpful in tracking obesity rates among children.

Today, most US pediatricians use the CDC charts for children over the age of 2 and the World Health Organization’s standards for those under 2. The latter are based on a global population that is relatively lighter and has smaller head circumferences than children with a Northern European background. Caucasian kids like mine tend to land in the higher percentiles.

“Ethnicity is quite a big issue, and it isn’t an easy thing to address,” said Tim Cole, a professor of medical statistics at University College London. “One reaction is that we need to produce different charts for white, Hispanics, African-Americans, etc., but that doesn’t work, because then what do you do with mixed-race parents?”

(Anyone interested in the history of growth charts, which overlaps with slavery and eugenics, should read Cole’s article on the subject, published in the Annals of Human Biology.)

He said parents should take both family history and ethnicity into consideration when assessing their baby’s size and whether it is cause for alarm. When I told him that my younger son comes from a long line of exceptionally tall Ashkenazi men (his grandfathers, uncles and father all measure over 6 feet) and that his brother was in the upper 90th percentile for most of his first year, he told me that his largeness was to be expected.

Cole hopes growth chart design improves in a way that de-emphasizes any one idea of normal and, ultimately, leads to less anxiety among parents.

“I dreamt up a little gadget display … one that would be more tailored to the individual child,” he said.

In the meantime, parents will have to either believe their pediatricians whey they insist that their babies are fine or, alternatively, wait it out. This might involve finding something else to obsess about as their kid ages. Or, better, parents may come to appreciate the singular constellation of qualities and attributes that their child contains and realize that there is no way you could ever plot something so complexly spectacular on a graph.