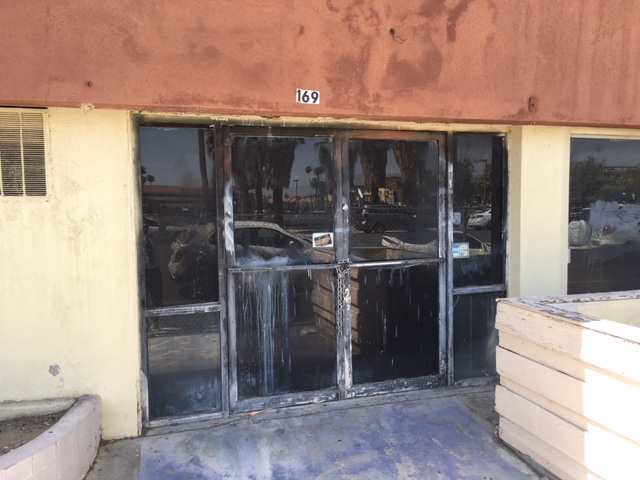 Commercial building owners in Palm Springs will now face thousands of dollars in fines for not maintaining their empty properties.

If you’ve driven near North Palm Springs or on certain parts of Indian Canyon Drive, you’ve probably seen buildings in less than presentable condition. But after last week’s city council meeting blighted empty buildings could become a thing of the past.

The city of Palm Springs wants to change the way commercial building owners maintain their vacant properties. The new ordinance would require the buildings to be habitable, since several are not. Business owners near blighted buildings say, their businesses are suffering because of it.

“Some days we would come to work, and there would be all these bums and vagrants that had broken into the building and we noticed they were using drugs and they were kind of hanging out by the building which was difficult for business,” said Brigitte Lehnert, a business owner near a blighted building.

In a 4-1 vote, the Palm Springs City Council voted to hand out heavy fines against building owners who don’t maintain their empty property. The council and members of the community have argued that too many building owners allow their property to fall into disrepair while they wait for their property value to appreciate.

“You can see examples of it. The old Bank of America building in uptown or the Orchid Tree Inn in the Tennis Club. Those are sitting empty and vacant. And no one can use those properties. they are not usable. That’s the problem we are trying to address here,” said Palm Springs City Councilman Geoff Kors.

The city says it will work with building owners to get the property up to code. But if building owners continue to ignore the condition of their property, the city could fine them up to $5,000 dollars per month.

“It’s a continuing problem. I don’t think it will be cleaned up until someone buys the building and restores the building,” said Lehnert.

While city staff will begin inspecting blighted buildings around Palm Springs almost immediately. The ordinance will take effect in early May.