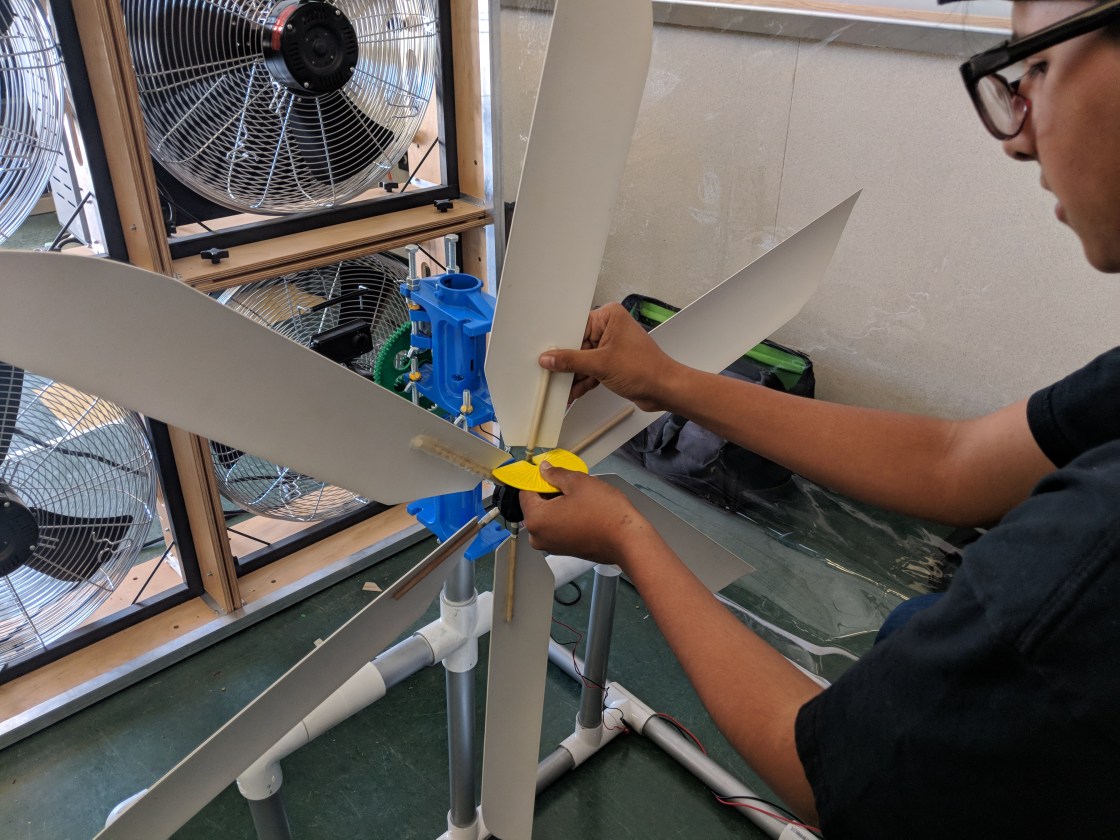 The latest renewable energy is no longer on the I-10 Freeway coming into the desert, it is a little farther down the road inside a classroom at Coachella Valley High School.

The engineering students from Mr. Juan Gomez class are setting their eyes at national science competition in Chicago after three of his teams won first, second and third place at the regional Kid Wind Challenge competition.

A Senior from Mr.Gomez class, Jasmine Jaramillo said, “My first year in this class I was kind of lost, I did not know why I was here, I just came into this class and I built other contraptions but now I’m learning about wind turbine energy and fossil fuels.”

They are learning about renewable energy by creating wind turbine models to generate clean energy.

“We sketch our design first, we take measurements, and then we start putting it all together,” said a Brian Barraza, a freshman in the engineering class, but he has been working on his model since middle school.

Barraza and his teammates’ hard work paid-off, they won first place at the regional competition. He said, “A lot of what this competition has to do is communication, and some people may not have that level of communication where they can get along with their peers.”

Juan Gomez is the lead engineering teacher at Coachella Valley High School, and he testifies for the hard work of the students.

He said, “We put in work during class-time, we put in work outside of the class and after school, they take their home and they work on it.”

But their hard work continues, beating the regional teams was a good start, but the national competition in Chicago is next.

Jerry Palacios a senior at the engineering class said, “It’s just cool know that we’re able to compete and be known for something besides just the festival.”

But since Chicago is a long trek from the desert, the students are now asking for the community to help them reach their goal through a GoFundMe.

Coachella Valley High School senior, Jose Pulido, said, “More of us would go out into the world and engineering business and help them, and come back and help out town.”