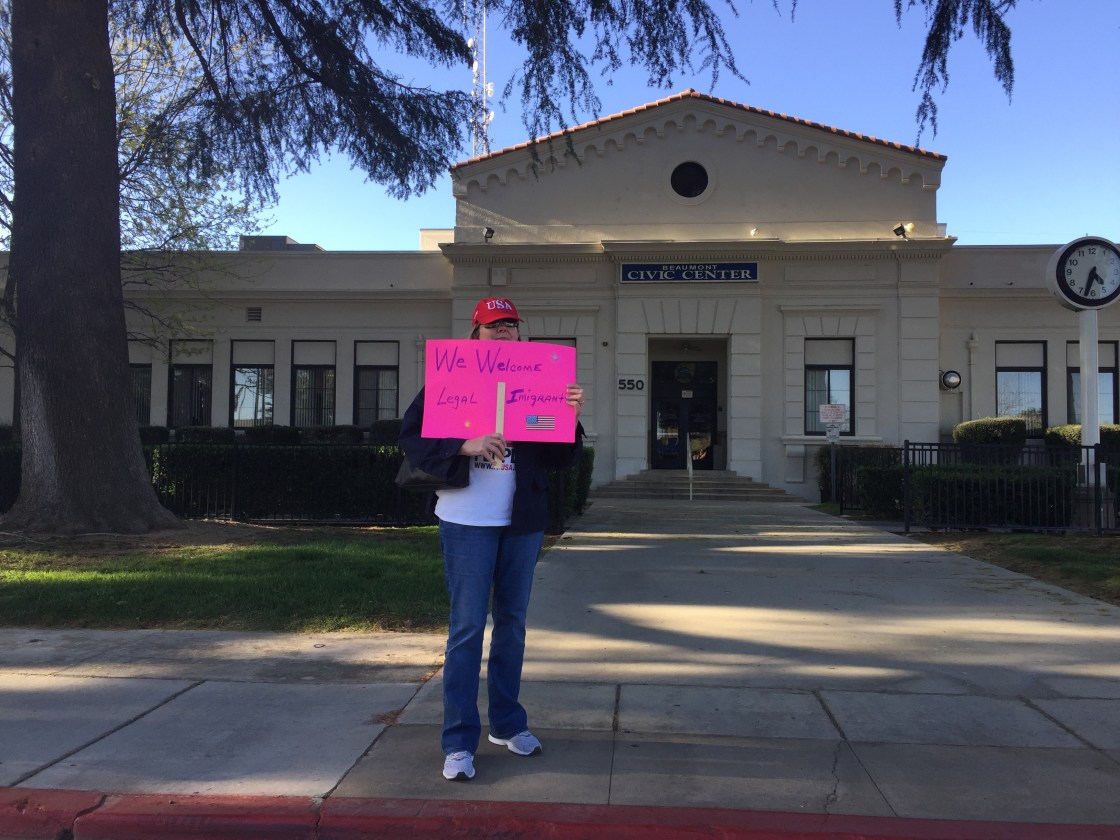 The debate over sanctuary cities continues across California. Tuesday, the city of Beaumont had the issue on their agenda and took public comment.

“Can a city opt out of sanctuary state law?” said Douglas Gibbs who was called forth by the Beaumont Banning Cherry Valley Tea Party to draft an ordinance opposing SB 54. “They can, because the law’s invalid constitutionally.”

Senate Bill 54 took effect January 1 and has set limits on how much local police can help federal immigration authorities. The measure has been labeled a sanctuary state bill because it sought to expand so-called sanctuary city policies.

Groups from both sides of the issue spoke for nearly three hours during public comment. It was standing room only in the main chambers with an overflow room for people to watch the meeting on monitors. The rooms were over capacity and people were being turned away after 6 o’clock.

“I’m here to speak to those who aren’t able to,” said Sylvia Carrillo, a community organizer from Cherry Valley who called on those who support SB 54. “A lot of people are afraid right now with all the ICE deportations going on right now.”

On the other side of the issue was a mother whose son was shot and killed by an undocumented immigrant.

“We cannot give illegal aliens sanctuary,” said Agnes Gibboney from Rancho Cucamonga. “My only son was murdered by a previously-deported illegal alien. Where was his sanctuary? Where was mine?”

City Council will vote May 1 to adopt a new resolution in opposition to the California Value’s Act.