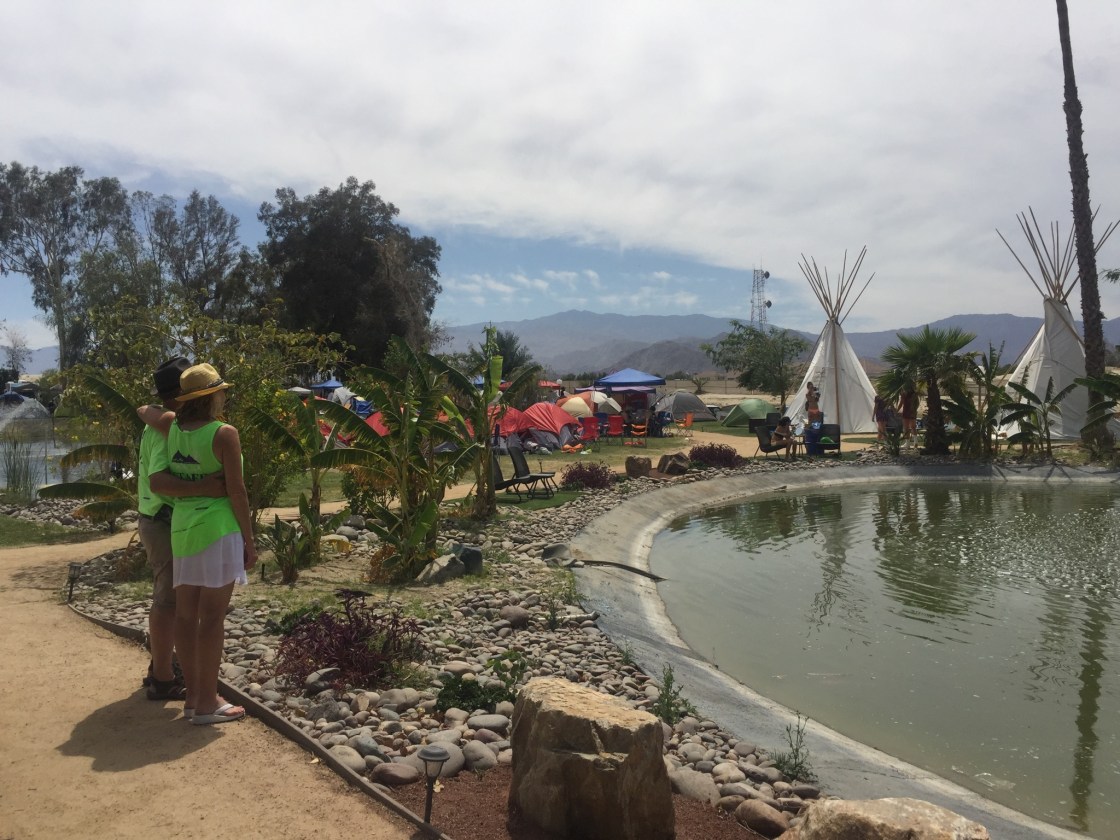 Shadow Hills RV Resort in Indio has been drawing crowds from all over the world who come to the Coachella Valley for music festivals. They’re known for their pool parties and fun vibe. But when they first opened 13 years ago they struggled to attract business off season.

“April used to be our worst month because that’s when everybody would leave and go back,” says David Turner, owner of the RV resort.

But little by little owners David and his wife Paula have created something special and Coachella music festival goers have taken notice.

A group of “Beychella” girls came all the way from our nation’s capital. They were supposed to stay in a hotel, until one of them suggested staying at an RV resort.

Alethia Jackson says they didn’t know what to expect, “We were kind of like RV camp, what are you talking about?”

But now that they’re here, they say they’re having an experience they hope to remember when they’re in their 80s.

“Thank you Shadow Hills for an amazing experience!” says one of the girls.

Many people say they like it there because they can bring a tent or go fancy and rent a fancy RV with all the bells and whistles.

David credits their success to their customer service, “Battery or they need to borrow a curling iron, whatever it is we go get it we don’t tell them sorry we don’t have it,” but admits his wife Paula is the heart of the resort, “she is basically everybody’s mother.”

Paula says when they first opened in 2004 12 campers stayed on the 10 acre property, now thousands stay there over the festival weekends.

And now instead of worrying about what used to be their slowest month they can sit and be proud of what they’ve built together.

“It really makes us feel good to see a smile on our guests faces and we just hope everybody has a great time,” he says.