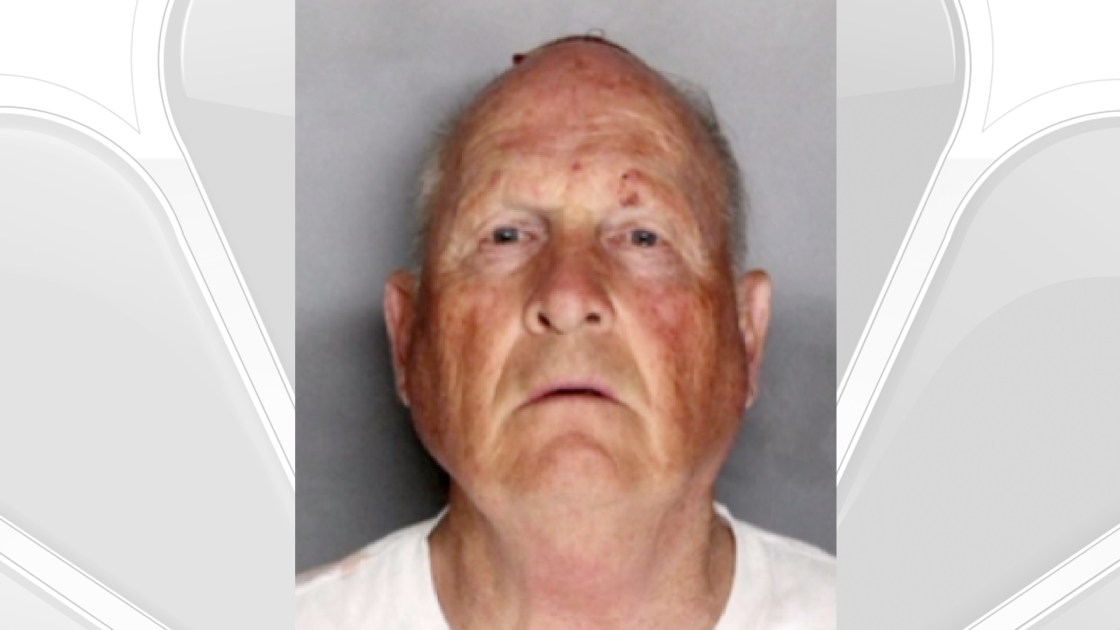 The decadeslong search for the Golden State Killer — who police say committed 12 murders, 45 rapes and 120 home burglaries during a 12-year reign of terror in California in the 1970s and ’80s — is over.

Joseph James DeAngelo, 72, a former police officer in Auburn, California, was arrested overnight by police in Sacramento on a warrant out of Ventura County, California, for two murder charges, officials said Wednesday.

DeAngelo was being held without bail in the Sacramento County Main Jail, according to police records.

“We found the needle in the haystack and it was here in Sacramento,” Sacramento County District Attorney Anne Marie Schubert said at a news conference with Sheriff Scott Jones and other law enforcement officials.

Jones said they used “discarded DNA” to confirm that DeAngelo was their man and arrested him at his modest home in the Sacramento suburb of Citrus Heights. They did not explain what they meant by “discarded DNA.”

Also at the news conference was Bruce Harrington, whose brother Keith Harrington and sister-in-law Patrice Harrington, newlyweds, were beaten to death in August 1980 at their Dana Point home.

After the couple were killed, Harrington bankrolled an initiative passed by California voters in 2004 that mandates collection of DNA samples from people arrested in felony cases.

Also called the East Area Rapist and the Original Night Stalker, the killer was blamed for a battery of crimes up and down California starting in 1974 and ending — for reasons still unexplained — in 1986.

From Sacramento south to the Los Angeles suburbs, he raped women who were home alone and women who were with their children, and killed women and men together, police said.

When the killer went underground, police kept looking, and in 2016 the FBI offered a $50,000 reward for information leading to his arrest.

The search took on a renewed urgency earlier this year after a book about the case written by Michelle McNamara called “I’ll Be Gone in the Dark” was published in February with the help of her husband, comedian and actor Patton Oswalt. McNamara, 46, died in 2016, leaving the book unfinished.

Contra Costa County cold-case investigator Paul Holes, who had worked on this case for decades, told NBC’s Megyn Kelly last month that the serial killer would follow the news accounts of his crimes and kept a step ahead of the police by changing the way he targeted his victims.

“He covered his trail very well,” Holes said. “What he didn’t account for was DNA technology.”

He left behind plenty of DNA that police might be able to use to identify him, Holes said.

Jane Carson-Sandler, who said she was raped by the killer in 1976, told Kelly that she “used to want to punch him in the face.”