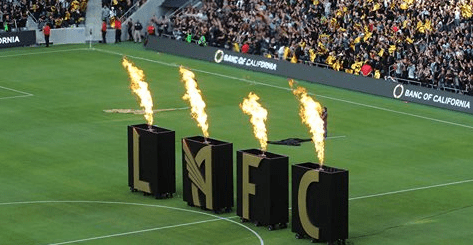 The Los Angeles Football Club has condemned an anti-gay chant that marred the team’s victory in its first-ever home game.

In a joint statement issued Monday, LAFC President and Owner Tom Penn and 3252 Independent Supporters Union President Josef Zacher, said the “p*to” chant directed at Seattle Sounders goalkeeper Stefan Frei during LAFC’s 1-0 win was “wrong and not what we are about.”

The chant, shouted whenever an opposing goalkeeper takes a goal kick, is a staple of Mexican national team games and now threatens to make its way to LAFC.

While fans contend that the chant is meant simply as a taunt, the word “p*to” has been widely condemned as an anti-gay slur. FIFA has imposed fines on the Mexican Football Federation, and the federation in 2016 launched a campaignagainst the chant, but those efforts have largely been ineffective.

At Sunday’s game against Seattle, MLS Commissioner Don Garber signaled that the chant could become a problem should LAFC fans continue to embrace it. “We are not just concerned about it; it defies everything we stand for,” he said at halftime.

Though Garber was reticent about revealing potential consequences to the team should the chant continue, saying only, “Let’s just stop it, and then if we can’t stop it we’ll figure it out,” LAFC was more forceful in its statement.

Neither the club nor the supporters’ group “support or condone the use of offensive language and inappropriate chants,” the statement said. “Any fans identified as participating in this offensive chanting will be removed from the stadium and the Club will revoke their season membership.”

Whether the statement and threats of removal from the stadium will serve to eradicate the chant from LAFC home games will be put to the test Saturday when the team takes on FC Dallas at the Banc of California Stadium.