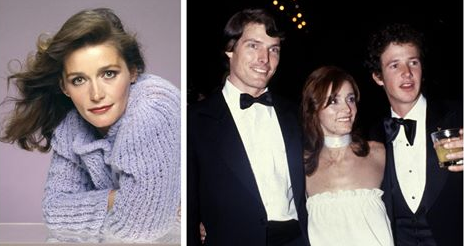 Margot Kidder, who for a certain generation of moviegoers will first and foremost always be thought of as Lois Lane, died Sunday at her home. She was 69.

Franzen-Davis Funeral Home in Livingston, Montana, posted a notice on its website saying Kidder died. No further details were given and messages left with Kidder’s representatives were not immediately returned.

“Superman” was a superhero blockbuster two decades before comic book movies became the norm at the top of the box office.

Both Kidder and co-star Christopher Reeve, who played Superman, were relative unknowns when they got their leading parts, and neither saw many major roles afterward. Reeve died in 2004.

The Canadian-born Kidder also appeared in 1975’s “The Great Waldo Pepper” with Robert Redford and 1978’s “The Amityville Horror.”

As news of Kidder’s death spread, friends and fans took to social media to mourn her passing.

Rest In Peace Dear #MargotKidder ❤️ I was such a fan of yours from the first moment I saw you on the screen as Lois Lane in Superman! I will treasure the moment that I met you forever! Sweet dreams Margot🌤

RIP Margot Kidder. One of my favorite movies of hers is the original Black Christmas. It introduced some elements that are now genre tropes and she’s fantastic in it.

So saddened by the news that dear #MargotKidder has died peacefully in her sleep yesterday. We continued to have fun together over the last 40 years and she was a joy to be around. pic.twitter.com/16ARRj6Hy6