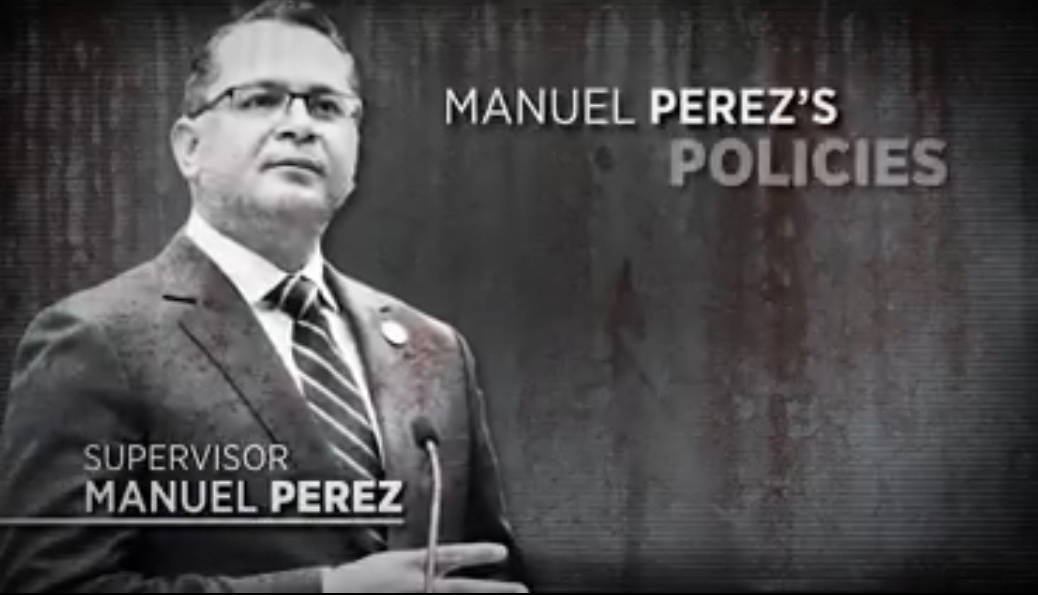 A television ad is not sitting well with Riverside County Supervisor V. Manuel Perez and his supporters.

“Some have said it’s discriminatory … and it’s racist,” says Perez adding that people are also taking issue with the negativity of the ad by his opponent for supervisor, Jan Harnik, “some folks are calling me up saying that they’re just disgusted by it all, others have said that we don’t need any more division.”

Jan Harnik says the ad is about public safety, “I really was amazed at the reaction … this is about keeping our streets safe the most important thing we have is public safety,” and about a policy he voted for, “AB 109 created a slippery slope … we wound up with (Propositions) 47 and 57 and 47 decriminalized all sorts of terrible things.”

He says the ad is misleading because it fails to show that AB 109 was forced on them by the Supreme Court to meet prison population mandates, and that’s not the whole story, “That’s why I introduced legislation known as AB 1449 … we needed to look at the criminal history and criminal background before they were released.”

Harnik says this issue is personal, “When my nephew was murdered we didn’t gender, we didn’t ask race, and we didn’t ask religion, we knew it was a violent criminal who ended his young life.”

Perez says his record and public safety support speak for themselves, “At the end of the day i have a strong track record on public safety and that’s the reason public safety has decided to endorse me … our efforts have been very positive from the very beginning and will continue to be.”

Perez says his campaign slogan is about unity and despite the attack ad he won’t go negative because the politics of division have no place in this or any other race.

Harnik agrees on that, “The last thing we want to do is bring the dysfunction of Washington D.C. into our community, this is about keeping our streets safe, the most important thing we have is public safety.”

Among his supporters, Perez counts on the endorsement of the Riverside County Sheriff’s Association.