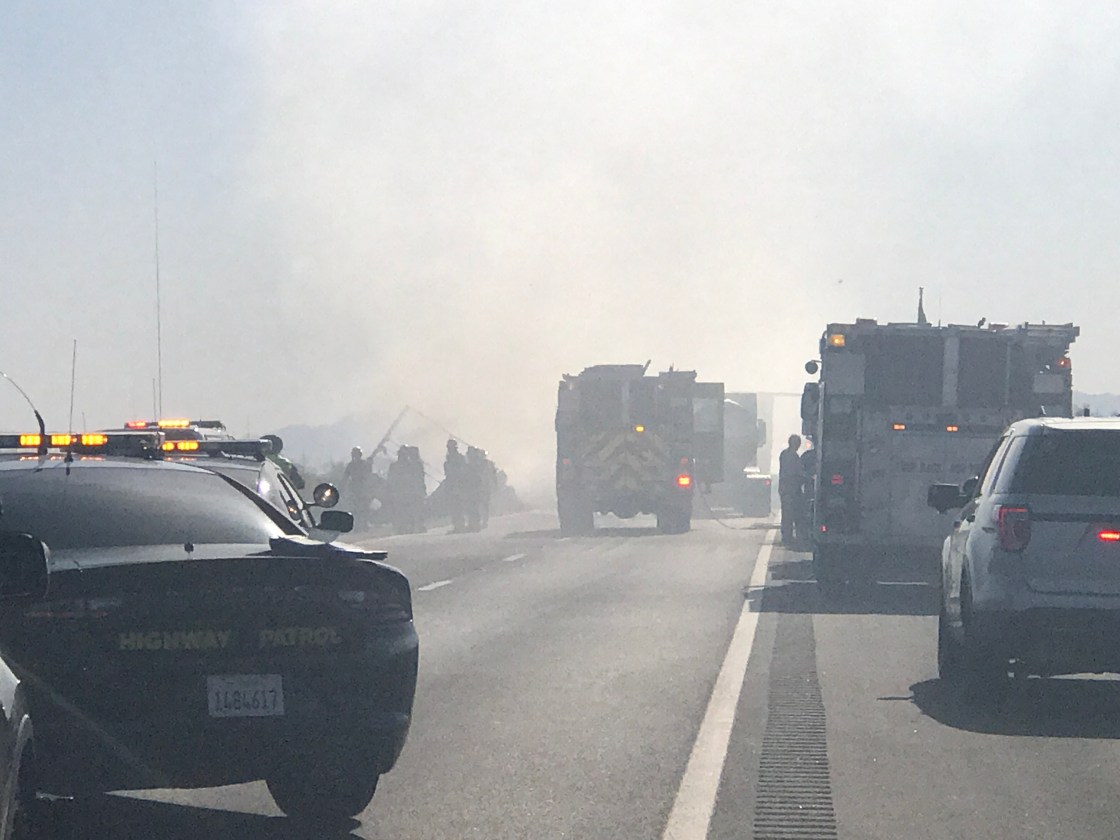 Authorities today identified an alleged drugged driver accused of leading California Highway Patrol officers on a chase before holing up in her car on Interstate 10, causing a traffic jam that triggered a fiery crash that injured at least five people.

Diana Louisa Chagolla, 40, of Redlands was arrested Thursday on suspicion of felony evading arrest, driving under the influence of drugs and resisting arrest in connection with the morning pursuit and crash in Chiriaco Summit.

Chagolla drove recklessly through a construction zone on I-10, east of Washington Street, at 5:45 a.m. Thursday, triggering a pursuit that stretched across the desert east of the Coachella Valley, according to the CHP.

Just after 6 a.m., Chagolla crashed her Nissan sedan into a center median guardrail east of Red Cloud Mine Road, and a CHP unit trailing her also crashed into the guardrail as it swerved to avoid the Nissan, according to CHP Officer Ramon Perez.

Chagolla then barricaded herself in her car on the freeway, causing a traffic buildup that stretched more than a mile west of the crash scene, Perez said. He said the motorist was detained at 6:49 a.m., and taken to a hospital for precautionary reasons, prior to being booked into the Riverside County jail in Indio, where she’s being held in lieu of $100,000 bail.

The two CHP officers in the crashed patrol unit complained of pain and were also taken to a hospital to be checked out.

As traffic grew behind the scene of the standoff, Perez said a truck driver “failed to see the stopped traffic” in front of him and crashed into two other big rigs and a sedan, leaving two of the trucks engulfed in flames.

Eastbound traffic lanes were completely blocked until 10 a.m., with traffic backing up for about eight miles as a result.

Chagolla is expected to appear in an Indio courtroom on Monday.