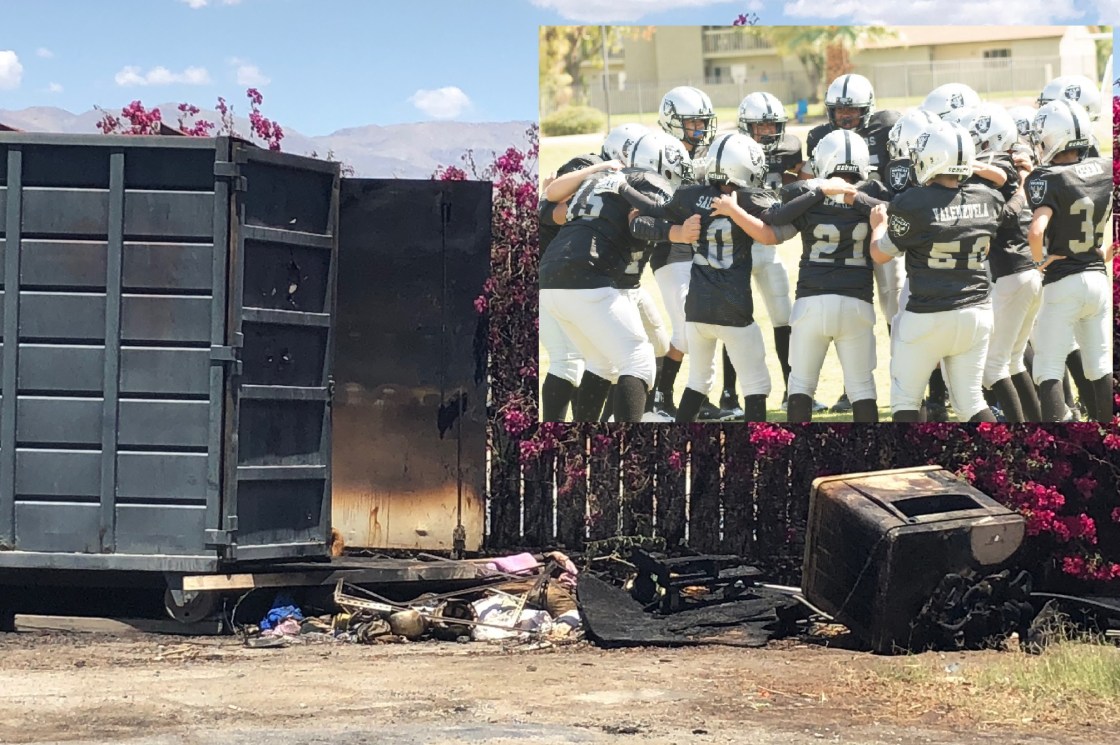 A youth football and cheer team is struggling after a fire destroys their storage shed. Monday, Coachella Valley Junior Raiders lost $40,000 in football equipment and gear. This isn’t the first time the team has dealt with a loss.

Last year, someone broke into the same shed and stole about $14,000 worth of equipment. The case was never solved and in the meantime, they secured the shed with heavy chains and locks. The team’s president used money out of his own pocket to make the team whole again.

Monday’s fire remains under investigation, but the group believes it started next to their shed.

“When I got the call, it was total shock and devastation,” says Kali Alonzo.

So far 30 kids, ages four to 13 are signed up for next season, but the team expects many families will show up the first day of practice to sign up. They’ve had to push that date back because of the fire.

“For me, it means I just have to work a little bit harder to keep my promise,” says president Joe Moya. “The promise that I made 11 years ago is that I’ll never turn away a child for lack of funds. Never have, never will. These children will play again this year, no matter what.”

Alonzo says they try to keep the cost to join the team low so many families can participate.

Vice President Kali Alonzo says the team makes 80% of their money through working a fireworks stand in the summer. They also hold car washes throughout the year. They lost materials for those events as well, including cash registers, a swamp cooler, decorations, a sno-cone machine and car-washing supplies.

They said they are now looking into securing insurance for their equipment.

To help the team, visit their Go Fund Me Page HERE.