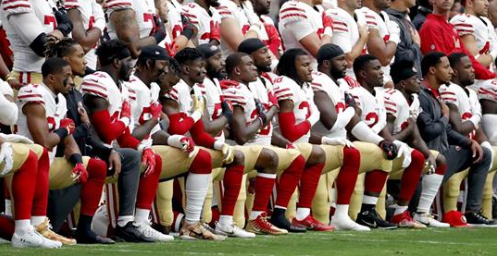 As NFL teams confront a new policy that aims to quell player protests during the national anthem, civil rights groups and community leaders plan to rally Friday morning with a unified message of their own: Athletes have a “right to kneel.”

Members of the National Action Network, the NAACP and the Women’s March are expected to gather in front of the NFL’s New York headquarters to demand it reverse its “dangerous decision violating players’ first amendment rights.”

The act of kneeling during “The Star-Spangled Banner” first made headlines in 2016, when then-San Francisco 49ers quarterback Colin Kaepernick began to protest against police brutality of black Americans and racial oppression. His actions spread to dozens of other players in several cities, including the Miami, Dallas, Washington and Buffalo.

Then President Donald Trump stoked the controversy last fall by criticizing players who refuse to stand, saying it disrespected the U.S. military, and telling a crowd in Alabama, “Wouldn’t you love to see one of these NFL owners, when somebody disrespects our flag, to say, ‘Get that son of a bitch off the field right now. Out! He’s fired.'”

And in an interview that aired Thursday on Fox News, Trump suggested players who don’t want to stand shouldn’t be playing at all or “maybe you shouldn’t be in the country.”

The NFL’s policy change will require any player who ventures onto the field during the national anthem to stand. Players, however, have the right to stay in the locker room during the anthem without penalty.

But if they decide to disrespect the anthem or the flag, their team will be fined, said NFL Commissioner Roger Goodell. The policy doesn’t specify the amount of the fine or what constitutes a sign of disrespect.

The NFL had previously suggested that players should stand, but it stopped short of enforcing fines. The league’s 32 teams can still develop their own work rules for players and personnel who don’t stand, but those guidelines can’t diverge from NFL policy.

Christopher Johnson, chief executive of the New York Jets, has already said the team would not pass along any fines to its players because “I never want to put restrictions on the speech of our players.”

Other teams’ owners have put out statements supporting the policy, while also acknowledging why players in the league — which is about 70 percent black — feel compelled to protest.

“We have a great respect for what that flag means and we’re very supportive of the policy,” the Minnesota Vikings ownership said in a statment. “At the same time, we are working on a lot of social justice in our community. I think this is a good resolution.”

Several players have said they would accept being personally fined for the right to take a stand.

Dawuane Smoot, a defensive end for the Jacksonville Jaguars, tweeted: “FINE ME!!!!”

Freedom of speech does not exist for NFL players now, we get fined for protesting for something we believe in, FINE ME!!!! You can’t change my opinion, and can’t stop my protest I have a right as an American to protest when I feel there is injustice in this country.

Malcolm Jenkins, a safety for the Philadelphia Eagles, tweeted that “everyone loses when voices get stifled.”

The anthem decision feels like a step back, said Seattle Seahawks wide receiver Doug Baldwin, who is among the players to have worked with the league on addressing social concerns and community programs.

“When you stoke the fire and inflame a gap that was really dissipating at the time … you cause more problems,” he said of the league’s decision to enforce a policy, according to The Associated Press. “That’s why I say I think the NFL missed it.”

Denver Broncos linebacker Brandon Marshall, who attended the University of Nevada with Kaepernick and was among the first NFL players to join in the national anthem protests two seasons ago, said the players he spoke with don’t care about teams being fined either.

But as for what he intends to do this upcoming season, he told the AP, “I guess we’ll cross that road when it comes.” 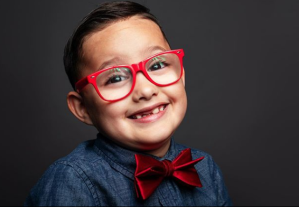