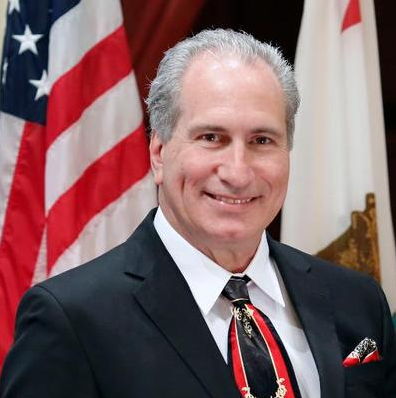 Stone, who was elected to the 28th District in 2014, is looking to retain his seat in one of the state’s largest Senate districts, which stretches from southwest Riverside County all the way to the Arizona border.

In the year Stone was elected, about two-thirds of the votes went to four separate Republican candidates, yet the incumbent isn’t facing any challengers from his own party this time around.

Like many of his fellow Republicans, Stone opposes tax increases and sanctuary state policies, while supporting affordable housing and public safety initiatives.

Stone is also a former Riverside County supervisor, and ran against Rep. Raul Ruiz, D-Palm Desert, for Ruiz’s 36th Congressional District seat in 2016, but was defeated.

One of his challengers is Democrat Joy Silver, a Palm Springs resident and aging expert, who also advocates affordable housing, as well as universal healthcare coverage and clean energy. Citing her work with senior citizens as chief strategy officer of Choices Women’s Medical Centers, Silver says she will work to increase access to healthcare and housing for seniors and the homeless.

Silver has received the endorsements of the California Democratic Party and prominent Democrats like Ruiz and Palm Springs Mayor Robert Moon.

Anna Nevenic, also of Palm Springs, is a registered nurse and author who is promoting healthcare and education reform, preventative measures to combat substance abuse and protections for senior citizens.

Nevenic has been a candidate in numerous local races in the past few years, including running for the 28th District in 2014, when Stone was first elected, as well as a 2013 run for California’s 40th Senate District and a 2014 run for the Palm Springs Unified School District Board of Trustees.