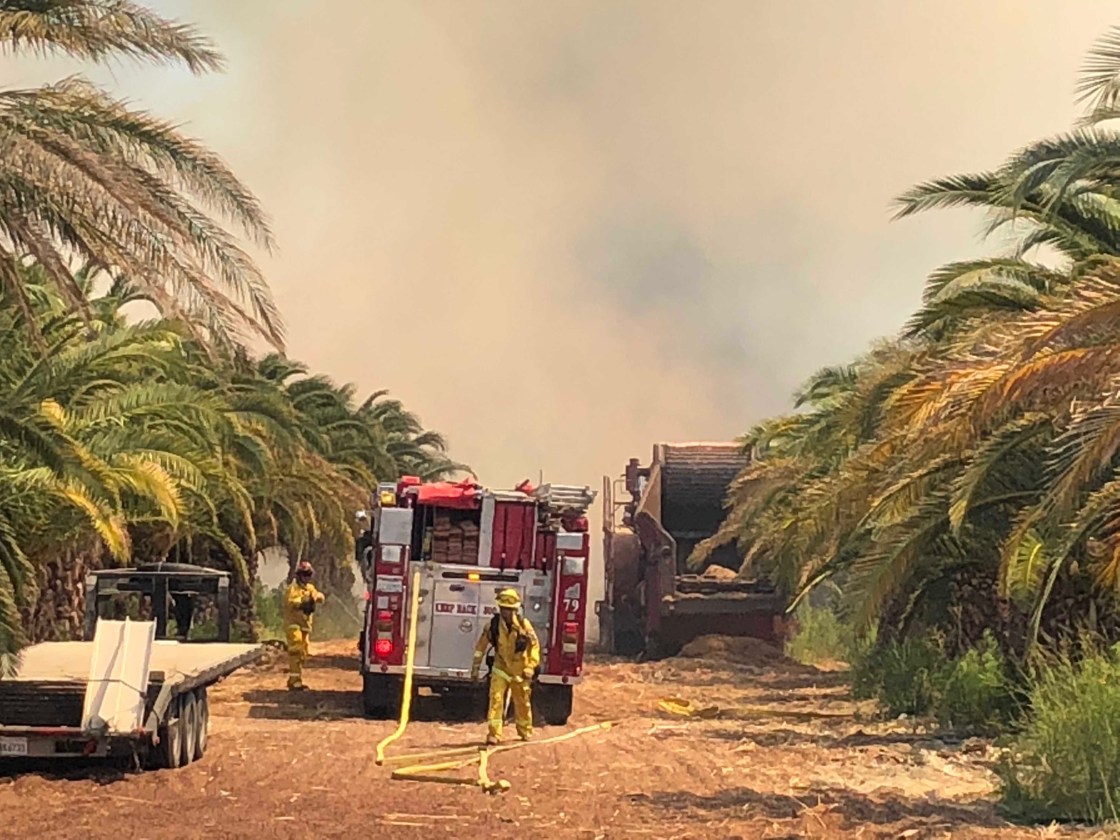 A brush fire that raced across three acres of terrain in Coachella, destroyed a residential building and two vehicles, ignited piles of debris and threatened a nearby date palm grove was 100% contained Tuesday.

The non-injury fire, which officials say caused $15 million in damage, was reported at 2:46 p.m. Monday in the 83000 block of Avenue 54, according to April Newman of the Riverside County Fire Department.

A “significant wind change,” sending gusts of 15 to 20 mph through the area, affected the firefight.

County fire crews, in conjunction with the Palm Springs, Cathedral City and Morongo fire departments were able to contain the blaze at 7:08 p.m. Monday, Newman said, with full control of the blaze coming at 6 a.m. Tuesday.

The fire led authorities to shut down Avenue 54 between Jackson and Calhoun streets. Riverside County sheriff’s deputies were on scene assisting with traffic, according to the California Highway Patrol.

Power lines also were downed in the area, Newman said, but according to the Imperial Irrigation District’s outage map, no customers were affected.