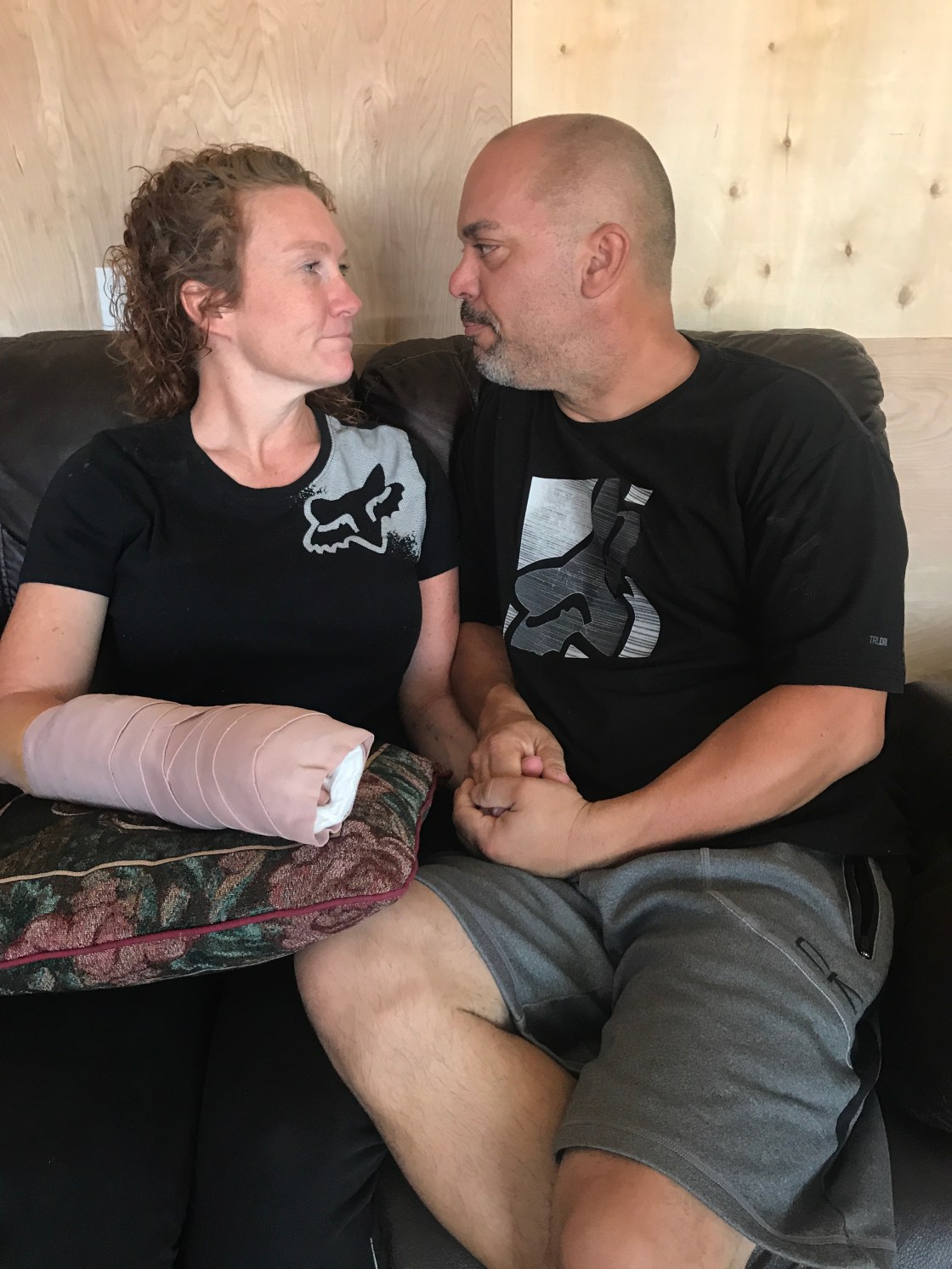 The two victims, who were shot at by a Bureau of Land Management office, are still shaken and very confused, wondering why they were targeted Sunday night. Today we spoke to Investigator Muñoz with the Riverside County Sheriff’s Department, and he confirmed the Sheriff’s office has taken over the case.

“Just horrible, horrible situation what they did…”

Horrible because Pedro and Denise Mejia say they were blindsided by bullets Sunday night.

“They were like hiding up there, they were literally…when they turned on their headlights the vehicles were behind bushes, behind trees. They’re supposed to be out there helping people,” said Pedro.

The couple claims that help never came for them, when they got a flat tire while off-roading on the Berdoo Canyon Trail.

So could it be that the officer who was with the bureau of land management, shot the wrong people?

“I can’t be direct, but there’s a lot of possibilities.

He can’t be direct because the case is still under investigation, but what he can tell us is that a Bureau of Land Management officer has been put on administrative leave regarding this particular case.

Some of the Bureau’s priorities include, protecting the people, restoring trust, and being a good neighbor, but Pedro says, that night, they weren’t good neighbors at all.

“Horrible, the whole situation how they handled it, like if we were some sort of criminals…all we were doing was riding the desert. For them to just shoot us like that, it’s not right.”

However,  Investigator Muñoz  assures that the Riverside Sheriff’s Office is doing their part to make sure the truth comes out.

In the meantime, the couple is sending a message of caution to all off-roaders.

“Riders, be careful out there. There’s a lot of good people that ride and just be aware that they are shooting people now…and we don’t want anything else traumatic to happen. We don’t want people to be arming themselves afraid that they are going to get shot too.”

Denise continues recovering from hand surgery, and 15 staples that were applied to her head after a bullet grazed it. At this time we know that the investigation has been taken over by the Riverside County Sheriff’s Department, and, there is no word yet on how long it will take to wrap it up.