Salton Sea Could be Ground Zero for Next Big California Earthquake 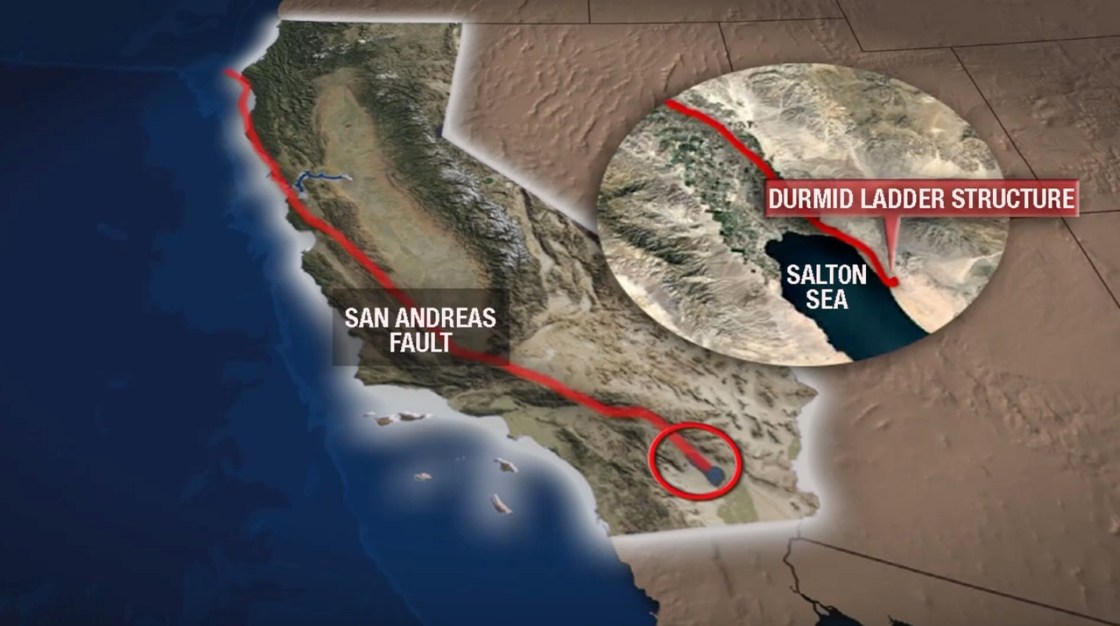 A newly discovered structure found along the San Andreas Fault near the Salton Sea could trigger the next big Southern California earthquake.

A study by the Geological Society of America concludes the so-called Durmid ladder structure could be ground zero for the next “big one” on the San Andreas fault.

“If you have a ladder and you break a rung or a step, then the ladder begins to deform, and if you break another rung, well I wouldn’t want to be on that ladder because the whole thing, both sides could go,” Dr. Mooney said.

While fraught with numerous small temblors through the years, the far southern end of the San Andreas Fault is long overdue for a large earthquake.

In a worst-case scenario, the collapse of the Durmid ladder structure, which runs for about 15 miles through a region known for numerous small temblors, could trigger a much larger earthquake with devastating consequences.

“We would be very concerned if we begin to see movement on that ladder structure because it could trigger or influence or encourage other associated faults to move and what we’re really afraid of is a big one, a magnitude 8 in Southern California,” Dr. Mooney said.

Dr. Mooney says it’s unlikely the collapse of the ladder structure would impact anywhere outside of Southern Caifornia, where USGS scientists have concluded there is a 72 percent chance of one or more magnitude 6.7 or greater earthquakes in the next 30 years.