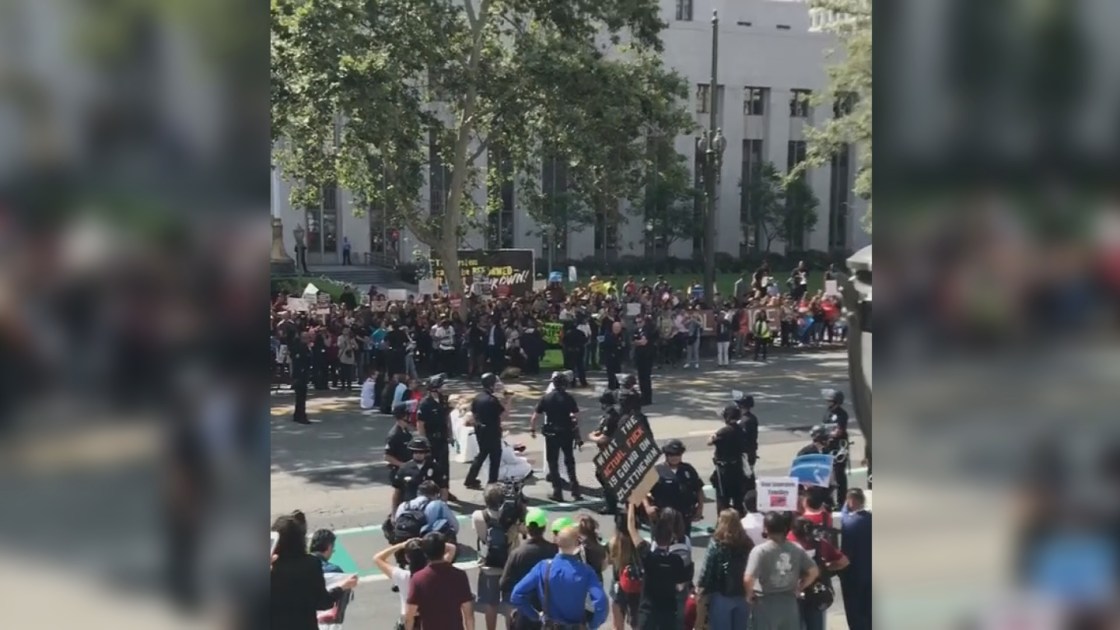 Demonstrations break-out today across California as the Trump administration continues its zero-tolerance immigration policy at the southern border.

In Los Angeles, protesters gathered outside of the Millennium Biltmore Hotel, calling for a change to the Trump administration’s zero tolerance immigration policy.

Inside the hotel, United States Attorney General Jeff Sessions spelled out the administration’s stance on what has become a heated national debate.

“As the president often says, a country without borders is not a country. I don’t know why that is so hard for some people to understand,” Sessions said.

Meanwhile protesters outside who began arriving at around 8:30 in the morning, blocked Spring Street in downtown Los Angeles as they chanted, “children belong at home, not in cages.”

“And yet when we enforce any limits, we get attacked by the media, the so-called elites, their special interest allies political warriors and open borders advocates,” said Sessions.

“As the president often says, a country without borders is not a country. I don’t know why that is so hard for some people to understand.”

Joining the protests were clergy members form different faiths. Some of them ending up in the back of police vehicles. Inside, sessions continued to plead the Trump administration’s case.

“We’re not talking about shutting Untied States off from the world. This is a total miscommunication from those who attack fundamentally, just simple legal immigration,” Sessions said.

And protests stretched to the bay area where dozens of people demonstrated in front of a detention center.

“So the rhetoric we hear from the other side on this issue, as on many others, has become radicalized, we hear views on television today, that are on the lunatic fringe, frankly,” said Sessions.

More than 1,500 hundred migrant children remain in holding facilities across the country.