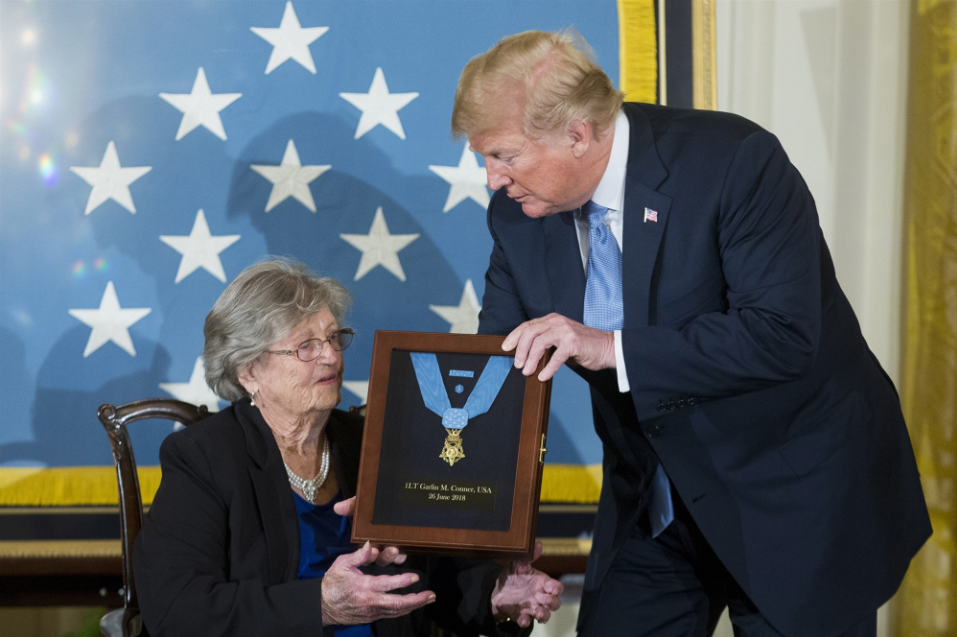 A battle that began 22 years ago ended at the White House on Tuesday when President Donald Trump awarded the Medal of Honor to a deceased Army intelligence officer from Kentucky for gallantry exhibited on the battlefield during World War II.

The lieutenant was honored for volunteering, despite being wounded, in January 1945 to go to the front line near the town of Houssen, France, during the Battle of the Bulge to observe German enemy forces and direct artillery fire against them. He carried out the mission while lying prone in a shallow ditch.

Hours later, as swarms of German forces rushed forward, Conner ordered friendly fire onto his own position, “courageously choosing to face death in order to save his battalion and achieve victory for freedom,” Trump said. Conner was discharged from the Army in June 1945, and his family battled for the past 22 years with the Army’s awards branch and eventually in the courts for the outcome that finally came Tuesday. Except Conner didn’t live long enough to see it.

Trump said Pauline Conner, who is 89, hoped and prayed that she would live to see Tuesday.

“It’s something he should’ve done in his lifetime,” Pauline Conner told reporters at the Pentagon on Monday as she answered their questions about her husband of 53 years. “But I’m going to be proud to accept it.”