Sheriff’s detectives announced Monday they have arrested the last of four men wanted in the beating death of a young man whose body was found over the side of a mountain road in the Angeles National Forest.

Matthew Luzon Martin-Capiendo, 21, was arrested about 6:30 p.m. Saturday in Montebello, according to the Los Angeles County Sheriff’s Department.

Martin-Capiendo was booked on suspicion of murder, and was held without bail, with arraignment possible this afternoon, the sheriff’s department reported. 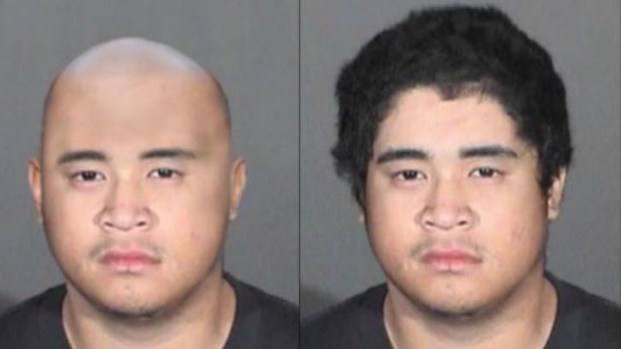 Martin-Capiendo is charged, along with three other men, with capital murder for allegedly bludgeoning Julian Hamori-Andrade, 20, of Glendora at Martin-Capiendo’s Azusa-area home, then kidnapping, robbing and dumping him, battered-yet-still-alive, down a hillside, where he died.

Hamori-Andrade was the father of an infant son, and had another child on the way.

Hamori-Andrade’s body was found around 6 p.m. May 30 in heavy brush about 30 feet down the hill alongside Highway 39 in Azusa Canyon, according to Deputy Trina Schrader of the Sheriff’s Information Bureau.

Prosecutors and sheriff’s officials said the victim was beaten at a home in the 6100 block of Goodway Drive, where authorities found a large pool of blood on the floor on May 28, but no suspects or victim. Hamori-Andrade was then driven to Azusa Canyon, where again he was beaten and thrown over the side of the road, according to investigators.

The other three suspects, all 19 years old, are acquaintances of the victim. They were identified as Hercules Balaskas of Glendora; Jacob Hunter Elmendorf of La Verne; and Francisco Amigon, also of La Verne.

All four are charged with first-degree murder, residential robbery and kidnapping. The murder charges include the special circumstance allegations of lying in wait and murder during the commission of a kidnapping and a robbery.

The defendants all face a possible death sentence if convicted, but prosecutors have yet to decide whether to pursue capital punishment.

Sheriff’s officials said the victim and suspects were all at Martin-Capiendo’s home “when the victim was brutally beaten before being dragged to a pickup truck belonging to one of the suspects.”

Prosecutors contend Balaskas beat the victim with a metal chair, while Martin-Capiendo wielded a rock and broken glass pipe.

If you would like to donate to a GoFundMe account set up to help the family of the victim, you may do so here. Note that GoFundMe deducts 7.9 percent of all funds raised in the form of platform and payment processing charges.

Dog gives birth to a green puppy, now named 'Hulk.' Here's the science behind it

A jury has been selected in the Harvey Weinstein trial

Charges Expected for Men Accused in Woman’s Murder in Indio