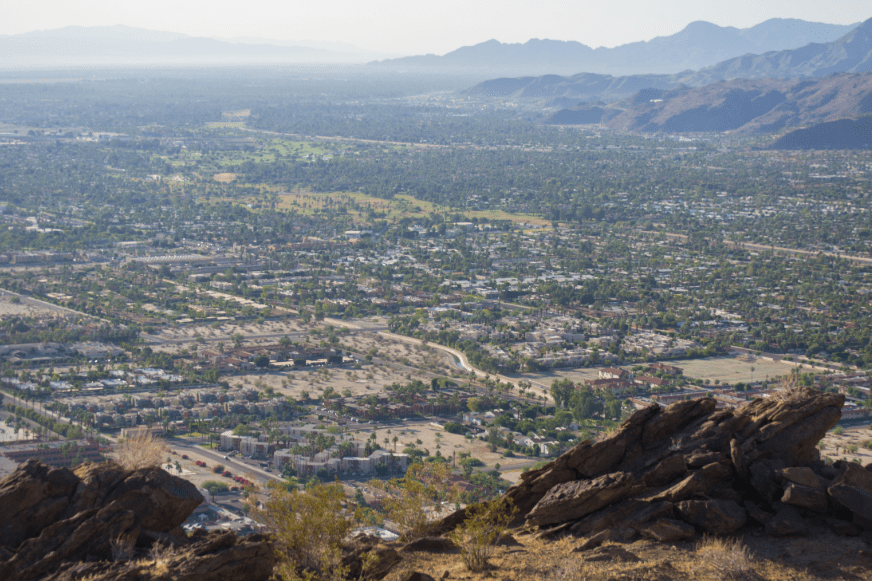 It doesn’t matter what city you live in, take a drive through the Coachella Valley. You’ll see empty store fronts, but also a lot of construction projects left and right. And despite specific retailers not being successful in the desert, there’s big plans for more business here in the Valley.

Cathedral City Director of Economic Development Stone James says, “our planning commission and our architectural review committee is so busy.”

Palm Desert Mayor Sabby Jonathan says, “we’re polishing that jewel big time!” And those are all good signs for the Valley’s economy.

Coachella Valley Chamber of Commerce CEO Joshua Bonner says, “just yesterday I had a conversation with an ad agency inside of a coffee shop, asked them how they’re doing, and the first thing out of their mouth was, ‘We’re busy.’”

“We’re doing other street projects like this city has never done before,” says Scott.

One of the major Indio projects, a Fairfield Inn & Suites, and that’s not all. Scott says, “a 12-screen movie theater company, that we’re excited about, a Hampton Inn, and also a number of restaurants and retail stores.”

And that’s just in the same area.

In Desert Hot Springs, the marijuana business is expanding and bringing in more jobs and business. Mayor Scott Matas says, “you’ve seen a taco bell open, you’re gonna see a Quick Quack gonna open soon, but we’re also looking at larger business like a Best Western Plus, which will help bring tourism to our community.”

Also, the already developed Palm Springs is still growing. “The Andes Hyatt which is under construction, will be opening next year, is gonna be a beautiful hotel with 30,000 square feet of high end retail, and the dream hotel opening across from the convention center is going to be a 4-star hotel, which is something we’ve needed ever since we’ve built that convention center,” says Mayor Robert Moon.

And College of the Desert will be building a campus at the Old Palm Springs Mall.

Rancho Mirage is getting its own massive Sun City, that means over 1,000 more homes, and a Ferrari dealership on Highway 111. The huge empty property across from Sunnylands has also been sold and there’s already plans for development.

In Cathedral City, the Highway 111 corridor is about to be transformed with a new casino and that’s not all. “We finally approved the selection of two different developers to develop a portion of the 13.5 acres immediately south of the Casino, and we’re going to work on a whole commercial development there on about 5 acres,” says James.

Palm Desert is also going to be a hot spot. Mayor Jonathan says, “El Paseo, our downtown core is a jewel in our crown, but like any jewel, it has to be polished, and we’re polishing that jewel big time!”

Director of Economic Development Martin Alvarez says, “we’re talking to a developer here at the corner of San Luis Rey and El Paseo to bring forward a new mix-use project that would include restaurants, retail, office and even residential on up to three stories.”

The city is also hoping to bring in more hotels on the west side of El Paseo. Closer to the freeway, a developer plans to build 1,100 residential units near UCR.

Indian Wells also has a hotel on Highway 111 in the works. It hopes to start construction by June 2020.

La Quinta also has multiple hotels in the pipeline. Mayor Linda Evans says, “The hotels that will be coming to La Quinta in the next few years include the Montage and the Pendry hotel at Silver Rock, the Marriott Residence Inn near Costco, and also a boutique hotel that will be located in the Fresh and Easy building.”

So you’re hearing a lot of hotels. In fact every city has at least one in the works, but is there a concern for over development? It doesn’t seem so.

Mayor Jonathan says, “the good news is the hotel developers in particular, really do their homework.”

Bonner says, “if we’re going to have the kind of growth that we’re anticipating, your commercial base has to expand to support that population growth.”

To support it, the Greater Palm Springs Visitors Bureau hopes to increase tourism from 13.6 million to 16 million by 2020.

So each of the nine desert cities are growing, now it’s a matter of bringing in more events, tourists, and full-time residents to sustain all the future new businesses.