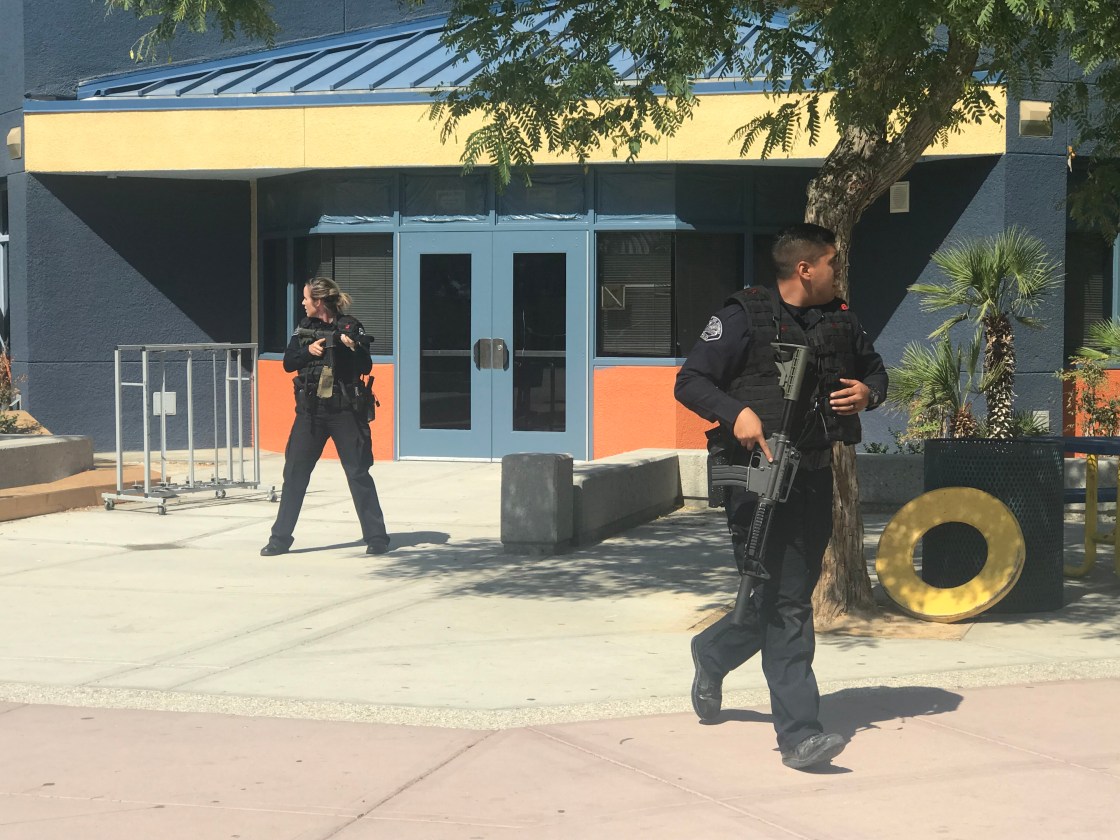 A school shooting is a parent’s worst nightmare.

It’s also the call Desert Hot Springs Police Chief Dale Mondary says he never wants to get, “It is the absolute worst nightmare I think not of only of any police department and police chief but any community,” bus it’s also the call he wants his team to be ready for, “if this event were to happen we will know how to respond … and eliminate that threat and that active shooter as absolutely as quickly as possible with minimal and … no injuries.”
Active shooter drills like the one held on Thursday at Desert Hot Springs High School helps them hone their skills in case of the worst case scenario. This drill had victims and a hostage standoff.  And it also gives them the opportunity to try out new technology that tracks their officers in real time to make their team more efficient.
“If I’m talking to somebody at a command post and say, ‘hey we’re sending in four people or eight people or four people,’ they’re able to see them in real time,” says Mondary adding this way they don’t overwhelm their command post and place officers where they need to be.
Cal Fire Riverside County Fire Department partnered with DHSPD for the drill.
Cal Fire Captain Fernando Herrera says, gone are the days of staging until the coast is clear, “We don’t know what we’re going to engage in with law enforcement, we are going to risk our life just like our law enforcement brothers are and the ultimate goal is to get in there quickly, as safely as possible and treat those people that are injured.”
Students of the Public Safety Academy played an important role too.
Abigail Irene, a sophomore at the school says this made her think of the students who’ve actually faced this in real life, “I’m pretty sure like other school shootings that have happened like, they’re terribly bad like they were’t prepared for it and this is something we need to prepare for sadly.”
She says she’s grateful to know first responders are willing to train like their lives depend on it, “Those are like real heroes right there, putting all the effort for us students, it means a lot.”
Mondary hopes this type of training is never put to use, “I hope it is a waste of time and a waste of money that we never ever have to put this training into practice.”