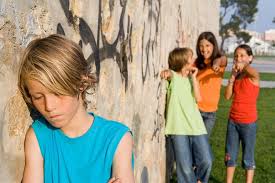 It’s not only the kids, but also their parents who say enough is enough. Victims shared how bullying is affecting them and their families, and noe the Desert Sands Unified School District is responding to those allegations. In fact, they say this is an issue that isn’t unique to just this district.

“You have to take it into your own hands because the administration won’t,” said Michael Crocker, a victim of bullying.

Families finally speaking out about a battle they’ve been forced to fight for years.

Public Information Officer Mary Perry (DSUSD) told KMIR that bullying was a problem across the nation, and added that:

“It is a really sad situation.”

Parents shared their bullying stories with KMIR. Among the cases, broken bones, black eyes, kicking, shoving, teasing, and taunting were all common occurrences that were coupled with these interactions.

Unable to defend themselves, the kids looked to the administration for help but found no ally.

“We’ll keep an eye out, we’ll keep an ear open,” said a parent when asked what the administration would tell them.

Mark Crocker, a parent whose son was bullied, said that the administration gave them the run around and claims that parents were silenced.

In fact parents said that common excuses that they would hear were things like “Kids will be kids, they have to toughen up.”

So what does the district have to say about all of this?

“Do we take these incidents seriously? You better believe it, we do take things seriously,” Mary Perry told KMIR.

However, what exactly does this look like? Mary says the administration immediately begins to sit down with the child and investigates what is going on. After the investigation starts, everything is documented.

“All of our schools are making a huge effort to make sure that students and staff are well trained when it comes to bullying,” said Mary Perry.

Nevertheless, there seems to be a disconnect when it comes to implementing these policies.

“There is no formal training. Of course the teachers say that if you need help, to make sure we let someone know and go to the administration.” said Hayley Walker.

Let down by the admin’s lack of action, parents took matters into their own hands.They claim that reports weren’t being made, so they began to call the police. That way, they were assured that a paper trail would be left behind as evidence of the occurrences.

So what can kids and parents do when they find themselves in this situation.

“We of course strongly encourage them to take the next step and talk to the district. I always encourage parents to be involved with their children’s’ lives,” said Mary.

“Being verbal as a teacher, and saying if anything is going on come tell me, and definitely don’t turn the other cheek” Hayley told KMIR.

Instead, take action. Parents are saying that it is time for actions to start speaking louder than words.

“For the victims of bullying, now is our time to speak up and say enough is enough,” said Cindi Crocker, the mother of a bullying victim.

“Even though we were scared, always speak out. This is not normal and it’s not right,” said a mother, fighting to hold back her tears.

“Let’s really work together as a community to try and end the bullying, and the teasing,” Mary Perry told KMIR.

When bystanders intervene, bullying stops within 10 seconds 57% of the time. If you want to get involved in the movement to end bullying, visit the sites listed below.