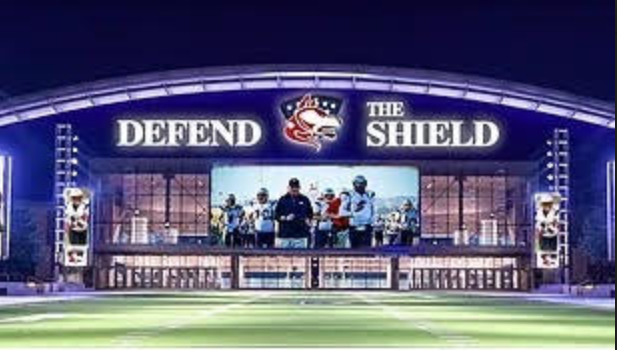 The East Valley Coalition held the first annual sports tourism summit with the announcement of plans to build a 12-thousand seat stadium.

Community leaders from around the Coachella Valley discussed how this addition could positively impact sports tourism in the near future.

“I’ve never seen an area that has so much potential.” Potential… which is why an official announcement was made for a 12,000 seat stadium coming to the desert.

The concept for the shield is a 125-acre multi-use campus. It will be located north of the 10 freeway at the Cook Street exit next to the Classic Club.

Local business owners say it will be a good thing for the economy by creating jobs and offering more entertainment opportunities for valley residents.

Economist David Kinney says this project could bring in the big bucks.  “Probably literally a billion dollars that it will bring into the economy,” said Kinney.

And not only will this help valley residents, but it could also attract more visitors.

“There’s a lot of sporting events that we already have, this would just be adding to that.” Patrick Swarthout with the Greater Coachella Valley Chamber of Commerce went on to say, “And making the Coachella Valley even that much more of a draw.”

The Shield at 1 Coyote Way won’t just a stadium, but it will also house medical facilities, restaurants and a hotel.

The complex is expected to be complete in 2021.