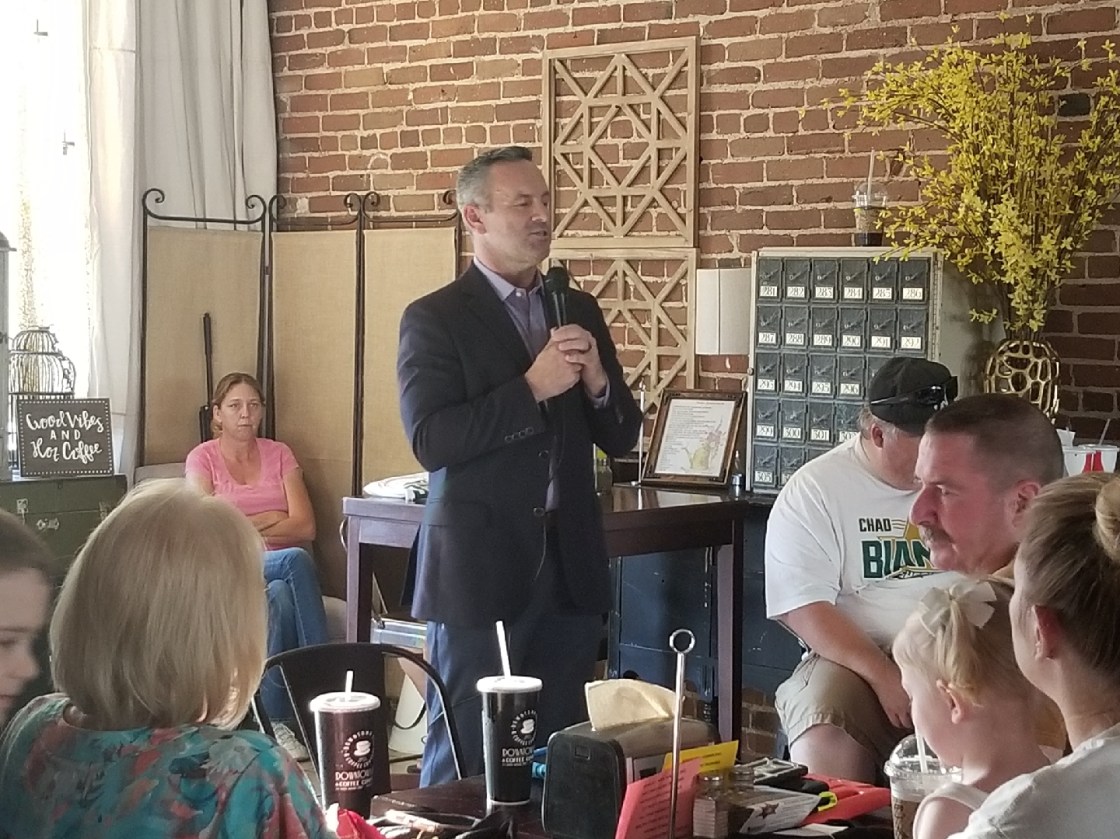 For months KMIR news has been following allegations of an alleged cover-up in a child molestation case within the Riverside County Sheriff’s Department.

Whistleblowers believe the orders of the alleged cover-up came from the top; in an attempt to silence staff and prevent the arrest of one of their own officers. However, Sheriff Stan Sniff says these accusations are a political ploy just before a re-election run and are unfounded.

Sheriff Sniff has declined several interview request from KMIR news, but we did catch up with his opponent Riverside Sheriff’s Office Sheriff’s Lieutenant Chad Bianco.

Lt. Bianco’s campaign has been accused of working with private investigator Luis Bolanos and whistle-blowers who have leveled allegations of a cover-up among the top ranks of the sheriff’s department; something Bianco says is untrue.

“All cover-ups are eventually exposed… the timing of that [sic] cover-ups exposure. How are we supposed to determine that? And yet it’s conveniently blamed on me? I didn’t do anything, I didn’t cover it up and I certainly didn’t bring it to the forefront,” he said.

Back in March Bolanos and whistle-blowers come forward claiming Investigator Kevin Duffy, who was in charge of a Riverside Sheriff’s youth program, molested many children under his watch.

They also claim management decided to send Duffy home instead of arresting him. Just ten days later Duffy killed himself, and his alleged victims forgotten.

Bolanos says it was only after the molestation allegations came to light that the department admitted he did commit crimes against a child on two separate occasions.

Through a press release, Sheriff Sniff and an internal investigator have said, “These allegations are false, and there are no new claims. The department did a thorough investigation by interviewing 75 minors and found no other victims.”

Lt. Bianco says the case was mishandled then and now.

He went on to say the case was simple and no one is above the law. “It doesn’t matter if it’s an employee, a politician, a prominent person in the community; if you commit a crime and you’re caught and you can be arrested. Then, you should be arrested.”

On the other hand, Bianco wants to make it clear that the case against Duffy was not mishandled.

“As an investigator,” he started, “we know when someone should be arrested and when we have enough evidence to arrest someone. It was not our investigators who did wrong on this investigation. It was their management.”

Bianco says victims should take a priority. And while he can’t say how this case should be handled, he does say it’s something he will tackle if he becomes the next sheriff.

“If we’re going to be able to go back later and try and make that right then that’s what should happen, but the exact route that we’ll take… I really don’t know if I can speak no that yet.”

Bianco continued by saying he wants the community to know the department as a whole did nothing wrong.