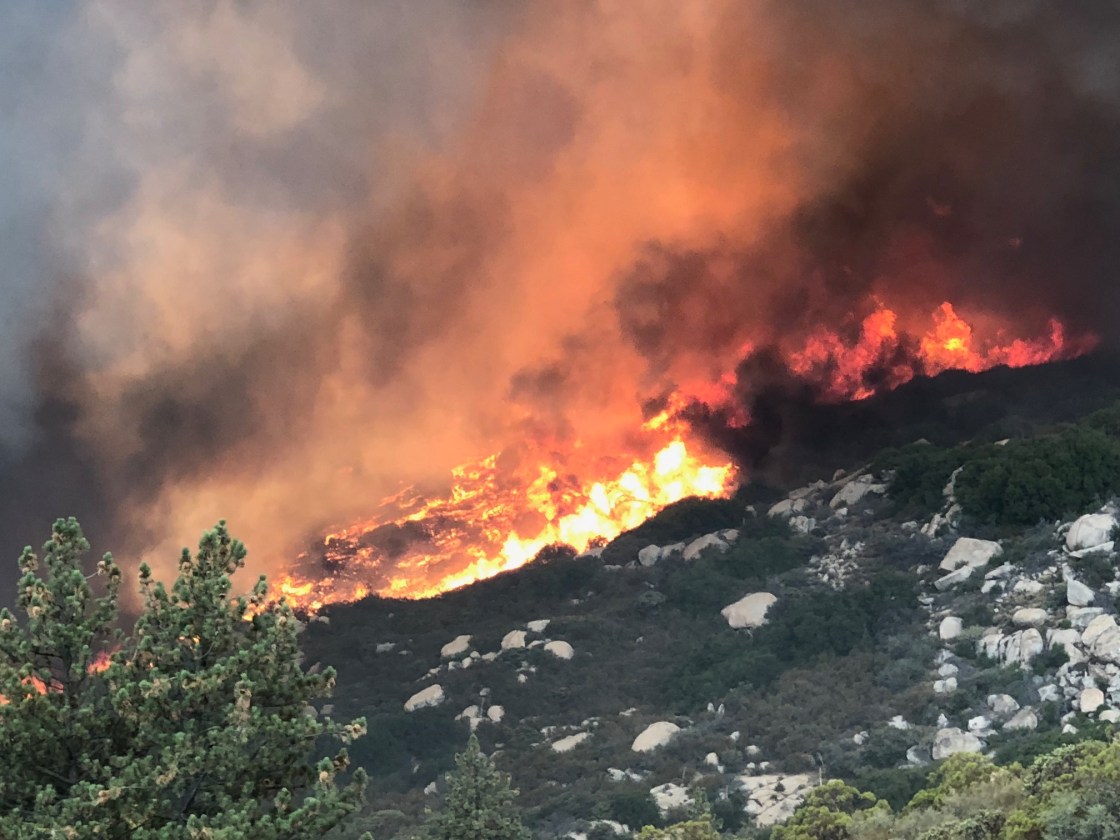 The Cranston Fire, which burned 13,139 acres in the San Bernardino National Forest, was fully contained more than two weeks after it was allegedly sparked by an arsonist, forest officials said Friday.

The blaze, which began around noon July 25, broke out off Highway 74 in the San Jacinto Mountains between Hemet and Mountain Center, just east of the Cranston Fire Station, and destroyed about a dozen homes, while prompting the evacuations of thousands of residents living in the mountain communities of Idyllwild, Mountain Center, Lake Hemet, Pine Cove and other surrounding cities.

Three firefighters were injured in the battle to knock down the fire, which saw more than 1,000 fire personnel from across the state on scene during the height of the firefight. Forest officials said 39 firefighters remain assigned to the incident and are patrolling and mopping up hot spots within the fire perimeter.

Authorities say a Temecula man, 32-year-old Brandon N. McGlover, set nine fires on July 25, including the one that became the Cranston blaze.

McGlover was arrested near Newport Road and State Street in Hemet about 12:30 p.m. the day the fire broke out and charged two days later with 15 felony arson counts. He pleaded not guilty and is being held in lieu of $3.5 million bail pending a Sept. 24 felony settlement conference.

Residents last week were able to filter back into their homes on roads that were previously blocked, including state Routes 74 and 243.

All campgrounds and hiking trails closed during the fire are open, officials said.