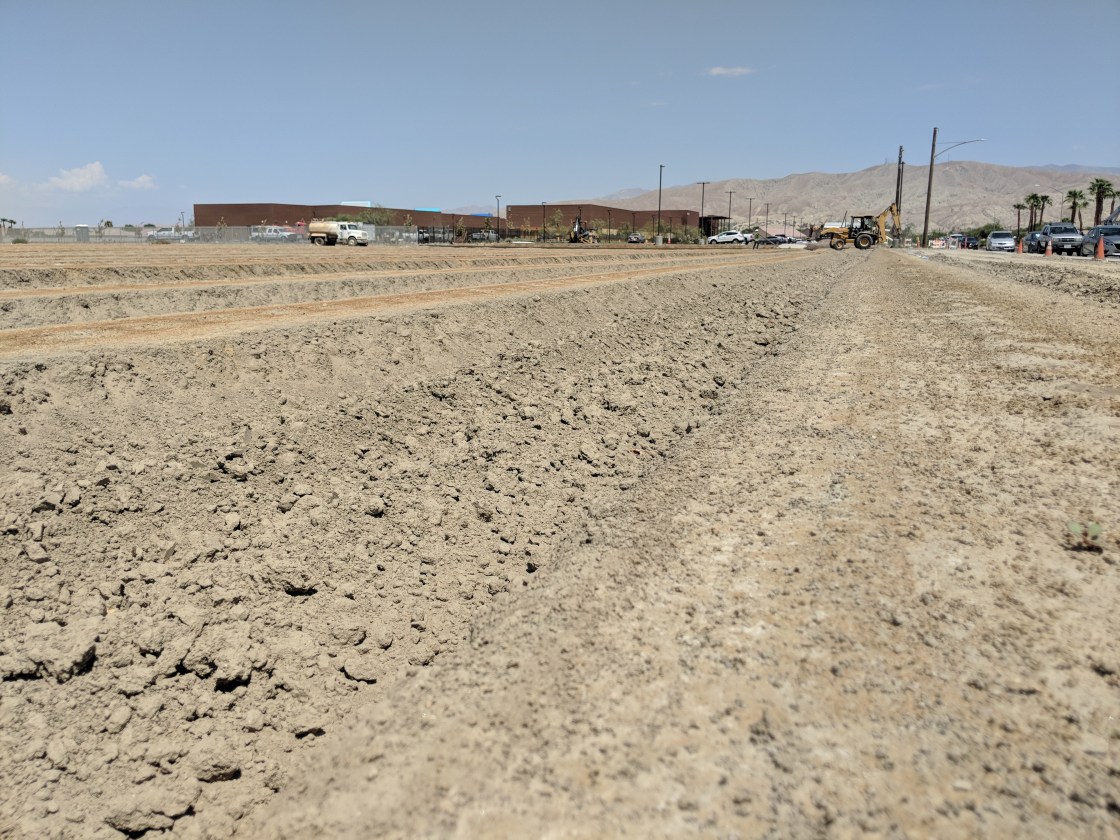 The newest elementary school inside the Desert Sands Unified School District has not even finished constructions yet, but its location is already causing concerns among local parents.

The Richard Oliphant Elementary School in North Indio was built next to a field where vegetables are grown and one parent worries students and teachers alike may be breathing dangerous chemicals.

For any parent with young children having a school within walking distance from home is a dream come true, but a parent who wants to remain anonymous due to connections to a local school district said this is more of a nightmare.

“They’ve built a school in the middle of farm land that hasn’t been able to rest,” the local father said. “The pesticide is the main concern, because there is a fertilizer in pesticide drift which gets picked up in the wind and that will get blown right into the school.”

The father worries the possible pesticides in the field’s dirt could end up inside the lungs of students at the new elementary school.

The farm land is overseen by Desert Custom Farming Inc. and its president, Brett Manion said he only grows organic produce on that site.

Manion said, “Most of the time in organics we use beneficial bugs and natural predators that attack the pests and in the rare occasions that something needs to be sprayed we follow the recommendations of the certified PCA.”

Manion refers to contracting services by a certified “Pest Control Adviser”, he also said he follows the regulations by the state and the Riverside County Agricultural Commissioner. He adds this year they will grow artichokes, a crop that uses little to no pesticide.

Still, a concerned parent calls on the Desert Sands Unified School District to prove the school sits on safe ground.

He said, “Someone needs to do a soil test and find out what chemicals are in that soil and how dangerous they are.”

In the meantime a spokesperson for the district said they are working to provide information on how the district and the school works to remain in compliance with regulations.