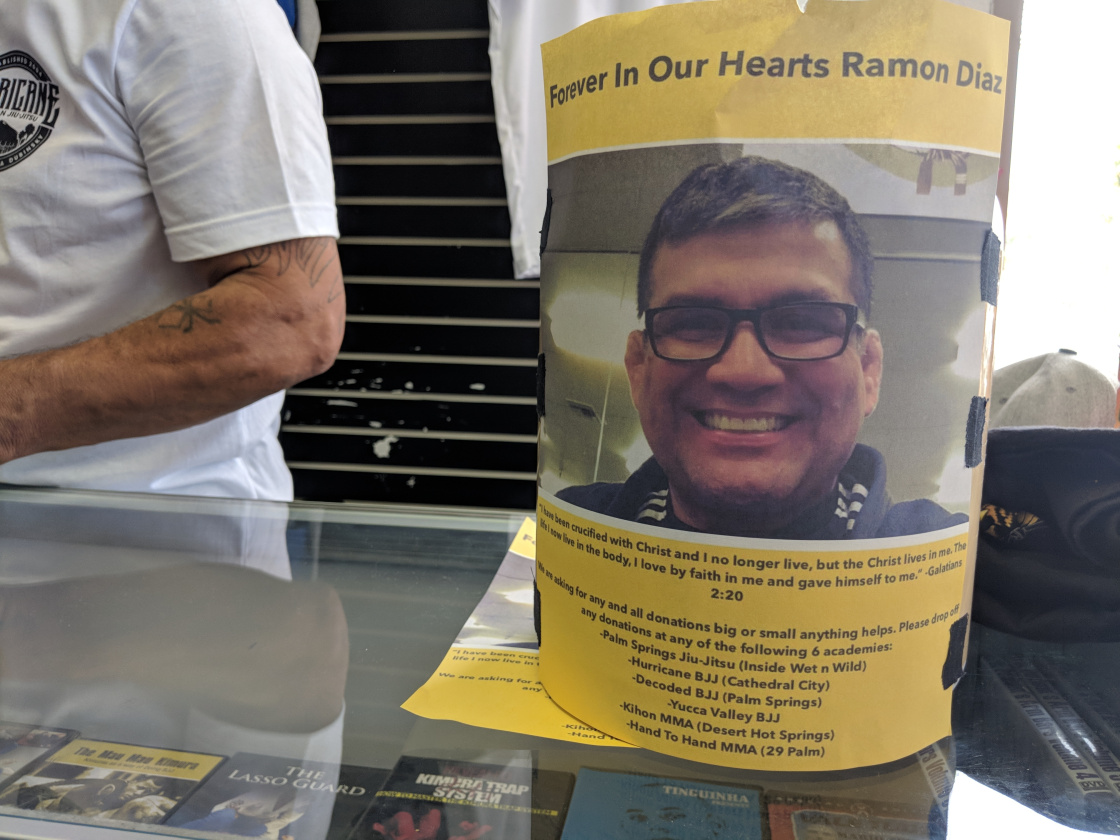 Friends and family of Ramon Diaz, a popular jiu-jitsu instructor who was killed in front of his home in Cathedral City, say they have waited long enough for answers to their questions. Now they are starting to wonder why the Cathedral City Police Department have not yet come up with a suspect.

“We can’t let something like this go, this man was killed in cold blood at his front door,” said Diaz’s friend Roman Troy.

In March, Diaz had just gotten home from the jiu-jitsu studio he owned in Palm Springs, but before he could walk through his front door, he was shot. Almost five months later, friends and family say there is virtually no new information.

“At this point the case is still being actively investigated we don’t have any new information that has led us in the direction of identifying a suspect,” said Commander Julio Luna of the Cathedral City Police Department.

Since Diaz’s death, rumors have begun to swirl. Questions still linger about how Diaz was killed, where exactly he was shot and whether the person who did the shooting was outside or inside the home.

“We’re keeping up on social media and information that is being put out. Some of that is factual and some of it is not,” said Luna.

Luna says Diaz’s autopsy report has been locked to maintain the integrity of the investigation. An investigation that has proven to be difficult.

“The hope is that this will stimulate somebody’s memory a little bit, or maybe decide that they want to share that piece of information that they haven’t shared so far,” said Luna

“No one has come forward, no one has seen anything, no one has reported anything and that seems highly odd,” said Troy.

The Cathedral City Police Department says it has looked at surveillance video in the neighborhood where Diaz was killed but came up with very little useful information. The department is hoping that anyone who might have more information would come forward.