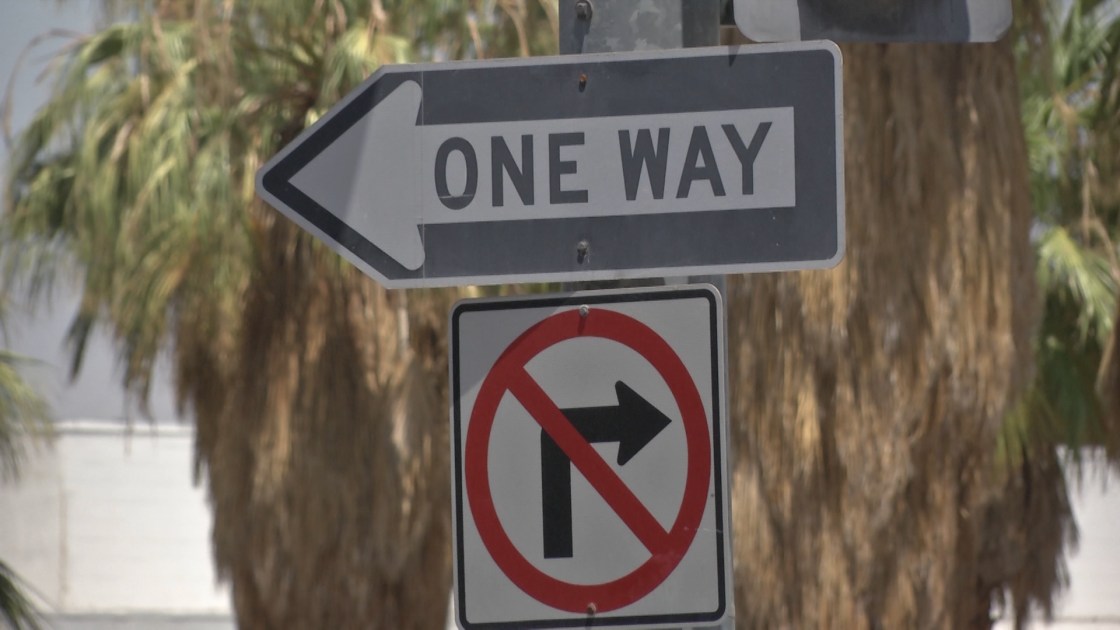 For over 40 years all lanes on a two mile stretch of Indian Canyon Drive only flow one way, Northbound, but very soon drivers will see a change.

“Well very close to seeing this start, you’ll see construction start in the next two weeks,” Roberts said. “We’re still going to have two lanes heading North, and then we are going to have a center turn lane and we’re going to have one lane heading South.”

The cost of the project is estimated at $5.5 million, Roberts said only about half a million will come from the city’s Measure J, the rest will come from federal and state gas tax grants.

He said this is a change that is needed as the city continues to grow.

Roberts said, “With three or four new luxury hotels and a new cultural center, I think we can see a 25 percent surge or more in our visitor traffic.”

Traffic on Indian Canyon is expected to increase once the construction of the Andaz Hotel by Hyatt and the Agua Caliente Cultural Center are completed.

The city expects the two-way traffic flow will help cars move along more efficiently, but for some it will take time to get used to the changes.

Daniel Saiz is a resident of Palm Springs, he predicts the changes will cause some confusion among residents and visitors.

Saiz said, “It’s going to be hard to get used to at first, but then all of the tourists and snowbirds who move here, so, they’re already going different directions as it is.”

But there is no denying traffic can be a headache.

Once construction begins in two weeks it is expected to be completed within six months. Roberts said the project will not cause much delays during its construction, he said no more than one lane will be closed at a time.