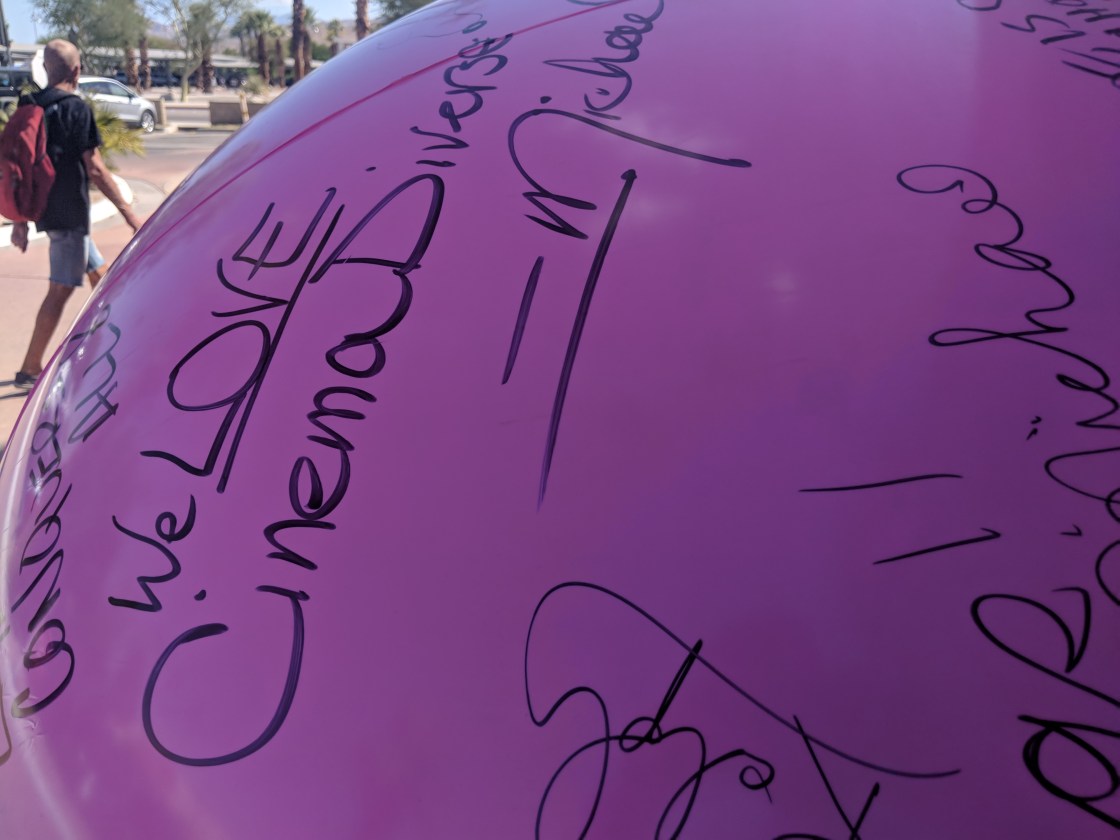 Films upon films are showing at the 11 annual Cinema Diverse LGBTQ Film Festival at the Camelot Theatres in Palm Springs.

The festival is showcasing fictional and non-fictional stories with LGBTQ characters in the fore-front of those films.

Greg Smith is a part-time resident of Palm Springs, he said he will watch about four movies during the weekend.

“I always like relationship movies which many of these movies are…, love lost, loved gained, we can all relate,” Smith said. “You know it’s a true feeling where they are coming from and you get that automatic connection.”

Smith said he enjoys watching movies at Cinema Diverse as he can relate to the story lines.

The creators of Revry want to continue to provide that type of connection with viewers. Revry is the first global streaming app with all LGBTQ content, and CEO Damian Pelleccione, said it has been downloaded in over 100 countries.

Pelliccione said, “Already today, two and a half years later we have been downloaded in over 116 countries, countries where it is persecuted or not OK to be LGBTQ.”

He said he has received letters from viewers in Saudi Arabia and other countries where being gay is illegal, they thank him for providing content that represents them. However, he was not expecting such an impact, especially since the idea to create this app came from chance.

Pelliccione and his partner surfed through Apple TV one day and they were not able to find an app with LGBTQ content.

He said, “I knew there was a big opportunity in the market to be seen and to resonate just outside the United States.”

Events such as Cinema Diverse and platforms like Revry are filling the void mainstream media have struggled to fill.

According to data from GLAAD less than 5% of roles in prime time television are LGBTQ characters.

But with a shift in popular culture and the inclusion of more gay, lesbian, bi-sexual, trans, and queer characters on network television, the statistic may change in the near future.

Pelliccione said, “Whether you are a reviewer a critic, a producer, a writer, a film festival, an executive, a start-up, we need to show the real identity and the fabric of the American society.”