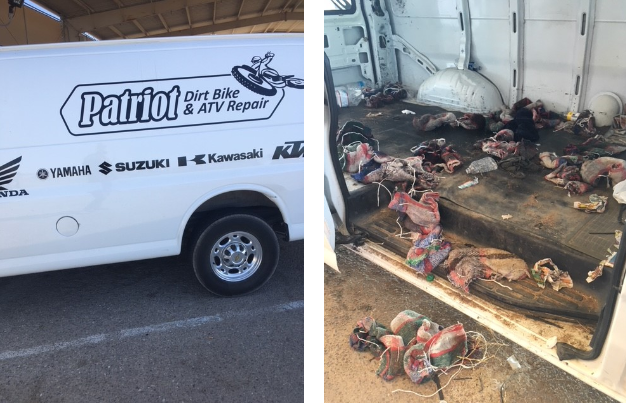 The incident occurred at approximately 3:20 p.m., when a 29-year-old woman approached the checkpoint driving a 2005 Chevrolet Van.

The agent sent the van to secondary inspection for further investigation. At secondary, the back of the van was searched and agents discovered 24 people inside. The group of people were interviewed and were determined to be illegally present in the United States.

The female driver, and male passenger were placed under arrest for smuggling of illegal immigrants, and will be held pending criminal prosecution.

The 24 passengers, which included 20 Mexican males, two Mexican females, one Mexican juvenile, and one Guatemalan male, will be held as material witnesses in the smuggling case.

“The handling of this van could have been drastically altered due to overloading of passengers,” said Chief Patrol Agent Gloria I. Chavez. “These two smugglers obviously had no regard to the safety of the people they were smuggling, as no one in the back of the van was secured with a seat belt.”