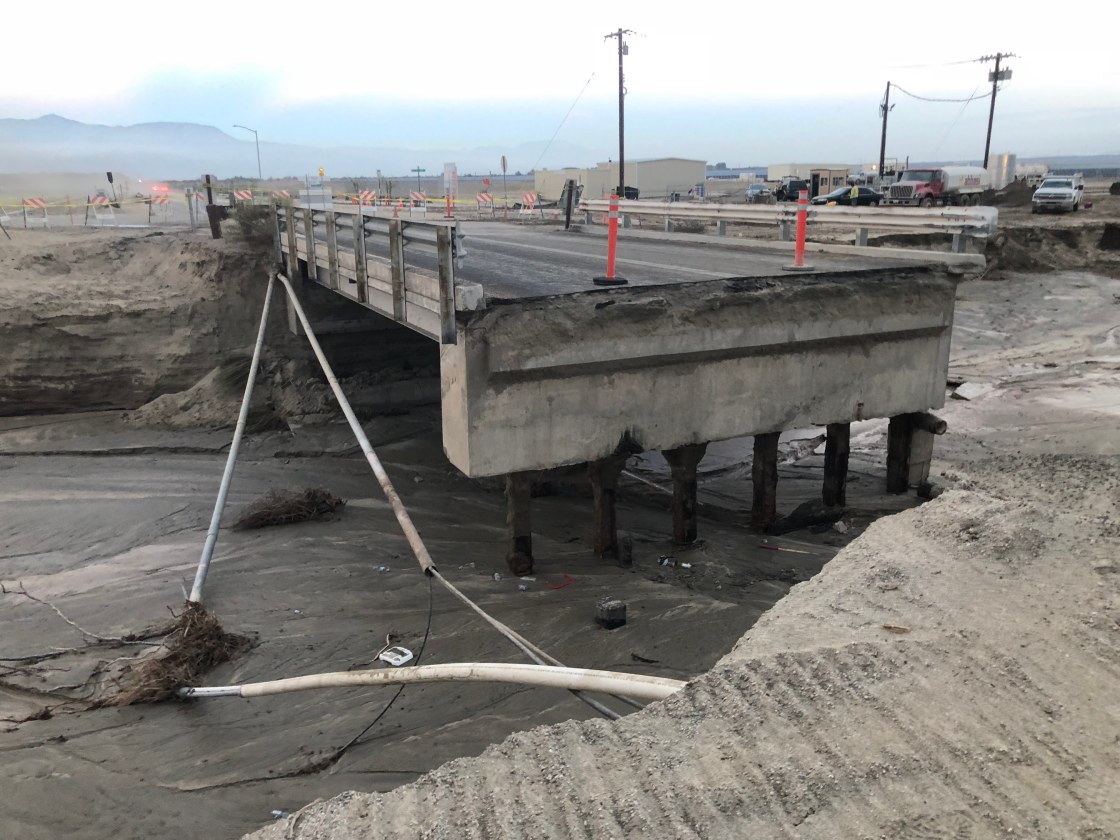 A bridge in North Shore collapsed over the weekend, affecting residents and commuters during the work week.

70th Avenue in North Shore is a critical road. Every day, students like Alejandra use the road to get to school at Desert Mirage.

Every day, Alejandra and her friends walk to the bus stop on 70th to get to school.

“A little affects the route our bus driver takes, so he has to take a longer route to get to us,” she says.

CHP says heavy rain fall caused the bridge to collapse. It now just drops off into the wash, where you can see just how bad the flooding got.

Sergeant Joe Zagorski says, “it basically washed way more Earth than the bridge occupied. So in the channel to the link that was greater than the bridge. Until they’re able to reconstruct the bridge that is going to be an impossible route.”

Resident Hector Camacho says his parents and his school bus now have to take longer routes, “it affects our bus stop because the driver has to take avenue 70 and it gets here really late.”

Sergeant Zagorski is warning residents to look out for road closure signs saying, “air on the side of cautiousness and make that better decision slowdown turn around and I’ll go down the roads that are closed.”

70th at Cleveland will be closed until the County of Riverside can repair the bridge.