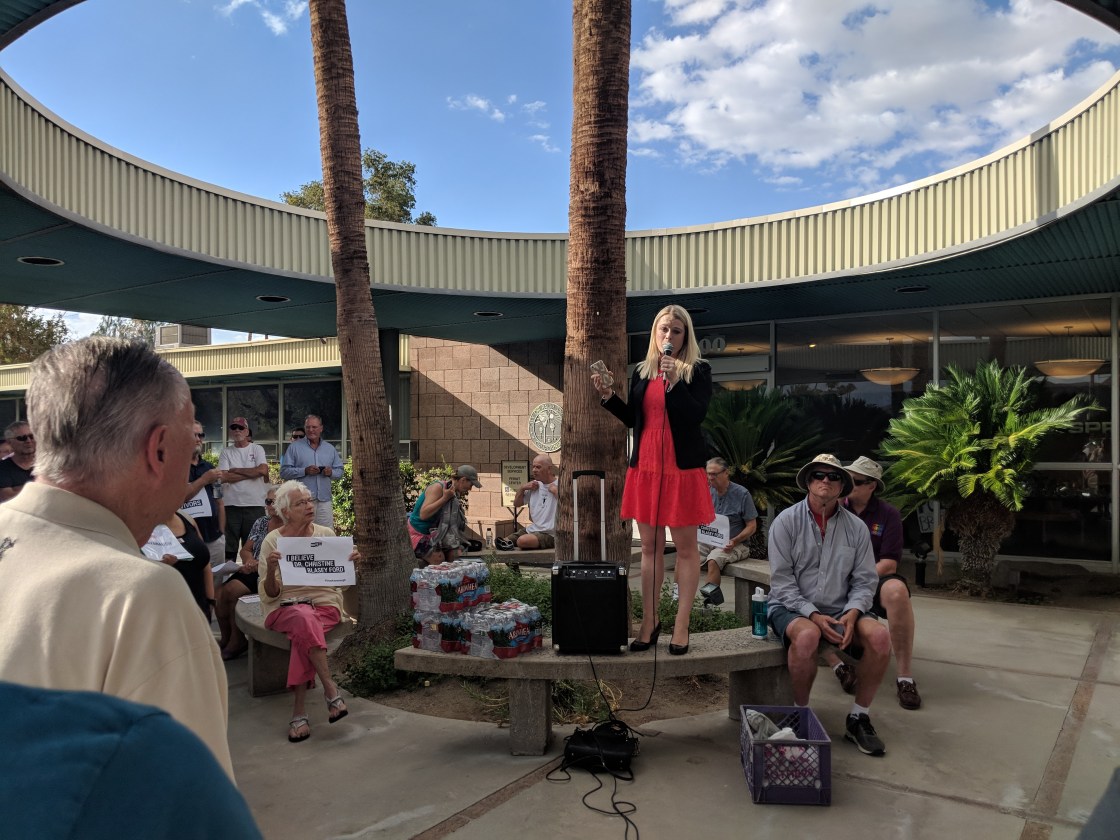 The FBI background investigation into allegation of sexual assault by Supreme Court Judge Nominee, Brett Kavanaugh will conclude later this week, but rallies across the country are opposing Kavanaugh’s confirmation including a demonstration in front of the Palm Springs City Hall.

The rally in Palm Springs took a peaceful tone and goers conforming a listening circle where speakers shared their opinion on why they oppose Kavanaugh’s confirmation while others shared personal experiences, such as Palm Springs resident, Tom Weeks.

Weeks said sexual assault not only affects women, so he decided to share his story, he said, “I thought it was important to speak-up, to let everyone know it’s men also, not only women but men also…, I just want people to treat each other with respect and stop the name-calling.”

Palm Springs Councilwoman, Christy Holstege was also part of the speakers during the rally. Holstege is open about being a sexual assault survivor, an incident that happened during her high school years, she said she can relate why women take time to speak out after a sexual assault incident.

“I don’t accept a president who shames victims, so I share my personal experience that is how you change hearts and minds,” Holstege said. “You now hear a lot on how daughters are coming out on being assaulted.”

Demonstrators oppose mocks by President Donald Trump towards Dr. Christine Blasey Ford, one of the women accusing Kavanaugh of sexual assault. Trump criticized Dr. Ford during a rally in Mississippi for not remembering every detail of the assault she alleges during her high school years.

The background investigation by the FBI is set to conclude this week, while Senate Majority Leader Mitch McConnell said a full-senate vote for Kavanaugh’s confirmation will likely take place on Friday.

However, demonstrators today said they believe Dr. Ford and they will continue to oppose Kavanaugh even if he is confirmed.