Toxic Conditions for One East Valley Community Will End Soon 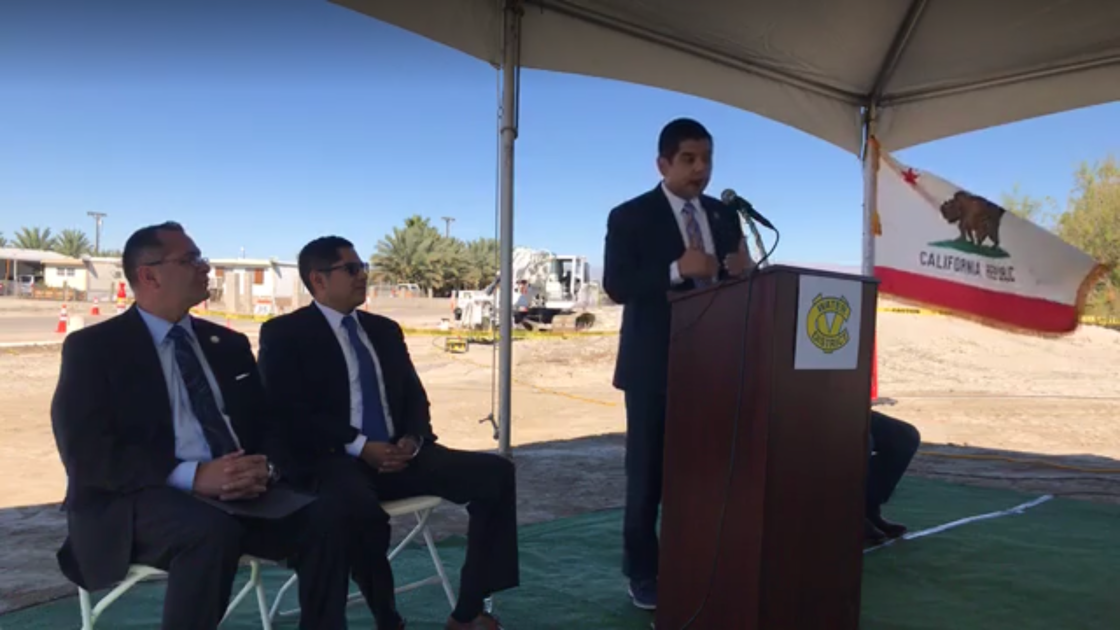 “Nobody in America should live under those conditions,” says Congressman Raul Ruiz (D) CA 36th Dist., in front of a crowd gathered at Saint Anthony’s Mobile Home Park in Mecca.

The problems that have plagued this community in mecca include arsenic contaminated water and above ground septic tanks that frequently overflow.

“This is a public health threat when when you have substandard sewage systems and water that contains arsenic and other types of toxic chemicals,” says Ruiz.

For the families who live here there, that will be coming to an end in January.

Local and state leaders attended a groundbreaking for the project on Wednesday.

The crowd laughed after Ruiz explained why funding for it was denied when it was first submitted, “The USDA in the grant application said according to their definition that we weren’t rural enough.”

Ruiz says, he invited them to see it for themselves, “I just want you to come and view the living conditions of the people in my district so that you understand that there are children that are drinking arsenic from well waters.”

After that visit Ruiz says the project was awarded millions of dollars in funding.

But he and Perez say there’s still many suffering the same plight.

“We have over 100 Polanco parks, mobile homes, mobile home parks in the Eastern Coachella Valley that we need to work with as well so we have a lot of work to do but today was a good day,” says Perez.