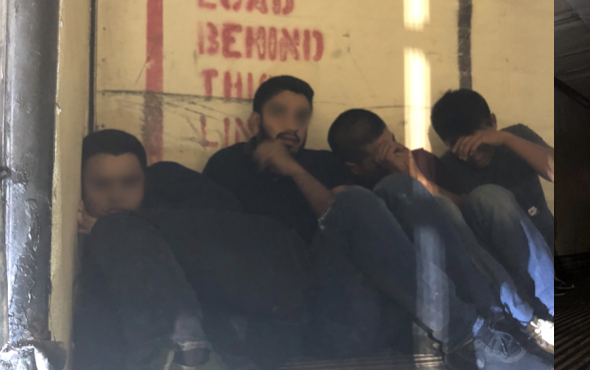 The incident occurred at approximately 8:45 p.m., when a white 2007 Freightliner approached the Highway 86 checkpoint.

During primary inspection, Border Patrol Agents questioned the driver and passenger as to their immigration status. During this initial questioning, a Border Patrol canine detection team alerted to the rear cargo area of the trailer and was sequentially referred to secondary for further inspection.

“This is an example of the blatant disregard for human life and safety to those being smuggled by these smuggling organizations,” said Chief Patrol Agent Gloria I. Chavez. “This could have turned into a very bad situation if the vehicle would have gotten in an accident or left unattended for a long period of time.”

The male driver, a lawfully admitted permanent resident, along with the female passenger, a U.S. citizen and all nine undocumented immigrants were placed under arrest.

The principles will be prosecuted for 8 USC 1324 alien smuggling and the nine subjects are being processed accordingly.