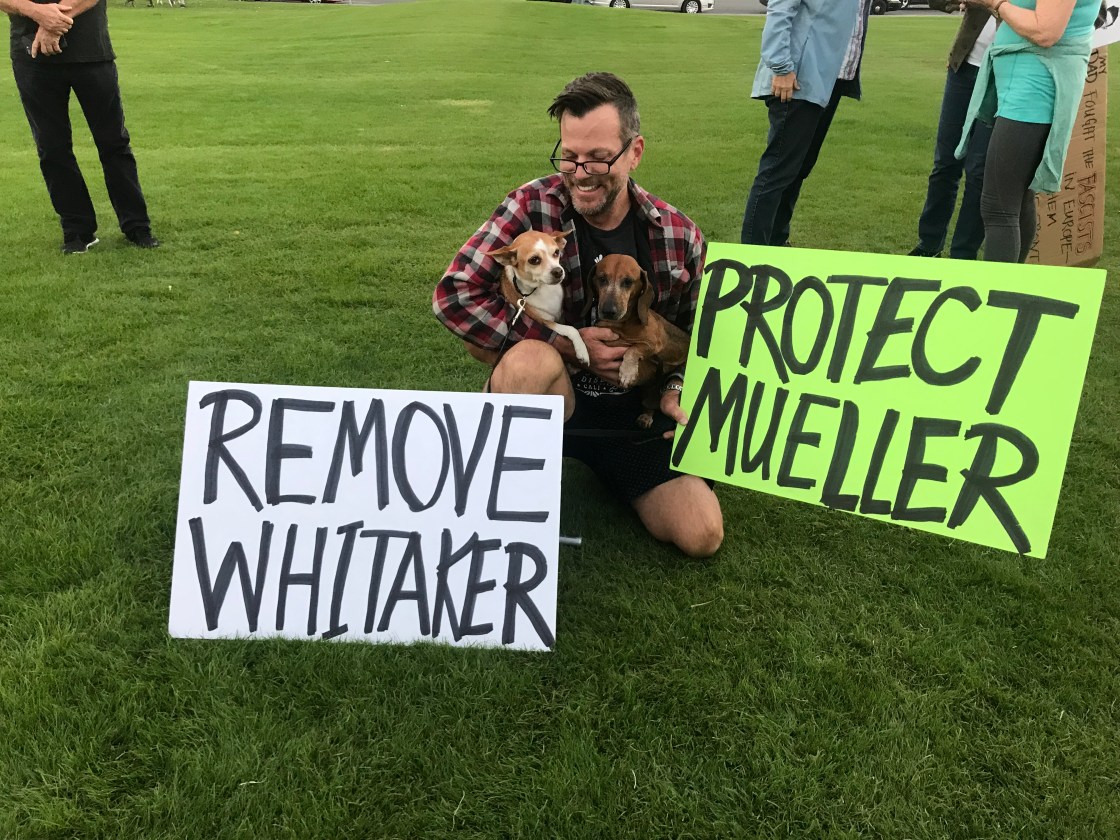 The website “Nobody is Above the Law” shows a map of the United States covered in dots, each representing a protest. Protesters goal is to send a message of disapproval to President Donald Trump’s decision to fire Attorney General Jeff Sessions. Over 700 people signed up to attend a protests in Palm Springs.

Benjamin Maestas of Cathedral City says protests like these matter, “If the people don’t come out in force and solidarity, they’re going to continue on their wayward ways.”

Many we spoke with, like Bill Cook of Palm Springs, say they aren’t surprised Sessions was fired, “Nothing shocks me about this administration which is rotten to the core,” adding he will just be replaced with someone who will do Trumps bidding.

Others say they don’t like what this decision could mean for the future of Special Counsel Robert Mueller, who’s overseeing the Russia investigation, and think Mueller might be next to go.

“It sure seems like he’s next and I think it’s bad, I think it’s bad for this country,” says Tim Wedrosky of Palm Springs adding his actions make the president look guilty, “fear that they’re coming after him that he’s done something that’s probably not ethical.”

Anna Marie Sonsini from Bermuda Dunes says this decision will have negative consequences on the administration, “I think it an unconstitutional thing that he did and eventually it won’t work for him.”

And while most conservatives who voted for President Trump did not want to appear on camera, one woman did agree to voice her opinion anonymously.

The Palm Desert resident’s opinion reflects how most of the people on the right feel about Sessions, Mueller and who should replace Sessions, “ I like Jeff Sessions but I don’t think he was strong enough and he didn’t really do very much … Mueller should have been fired a long time ago because I think he’s very partial to not hearing both sides so I‘d like to see Chris Christie.”