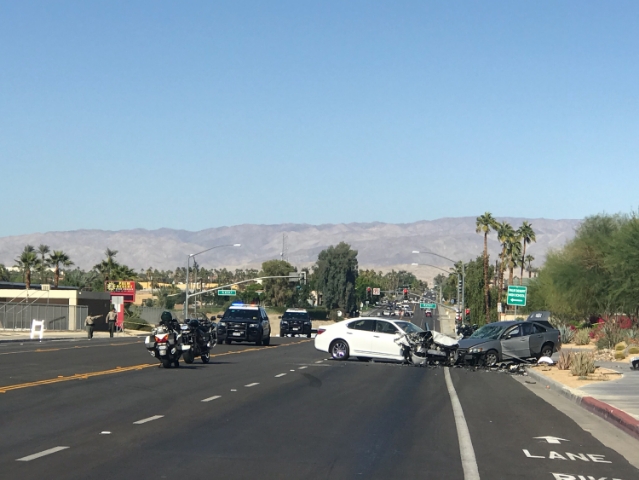 Authorities Thursday released the name of a prolific filmmaker and producer — whose credits include directing the original Frost/Nixon interviews — who was killed in a two-vehicle head- on crash in Palm Desert last week.

Jorn Winther, 88, of Sherman Oaks, was killed in an 11:30 a.m. Friday crash near the intersection of Cook Street and Santa Fe Trail.

A vehicle heading south on Cook Street “suddenly drove into the northbound lanes” and crashed into another vehicle, according to sheriff’s Sgt. Rod LaBrecque.

Winther died at the scene, while the other involved driver was uninjured, according to the Riverside County Fire Department.

It was not clear if Winther was driving the car that veered into opposing traffic.

Winther, a native of Denmark who later immigrated to Canada and then the United States, directed the famous 1977 interview between former President Richard Nixon and British journalist and television host David Frost, which addressed Nixon’s role in the Watergate scandal that led to his 1974 resignation.

Winther’s website also lists a variety of television, film, news, and live event credits, including the “Reunion of the Beatles,” “One Life to Live,” and “20/20.”

The sheriff’s department, which was overseeing the investigation into the cause of the crash, said it was unknown whether alcohol or drugs were contributing factors.

Anyone who may have witnessed the crash was asked to call Officer Potter from the sheriff’s traffic team at (760) 836-1600.