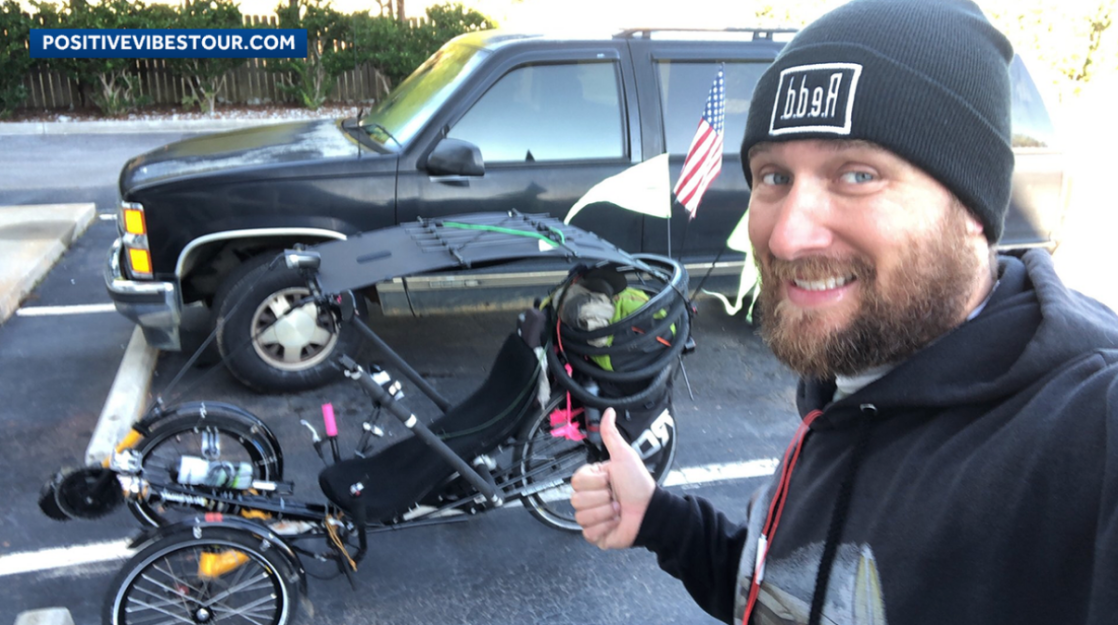 A man cycling across the country to raise money for a New Hampshire children’s hospital was killed in a crash during his cross-country trip.

James Dobson, 32, was trying to raise $10,000 for Children’s Hospital at Dartmouth-Hitchcock on his Positive Vibes Tour while riding his recumbent tricycle 3,500 miles from Dover, New Hampshire, to San Diego.

Dobson was continuing his journey on U.S. Route 98 in Lamar County, Mississippi, just before 1 p.m. Tuesday when he was struck by a Dodge Challenger.

The driver of the Challenger told Mississippi State Police he could not avoid Dobson, who was pronounced dead at the scene. The driver was not hurt.

According to the Hattiesburg American, the crash occurred when there was low visibility in the area because of inclement weather.

“We here at CHaD are shocked and saddened by the tragic loss of James Dobson. I did not have the pleasure of meeting James, but as an avid cyclist myself, I am moved by not only the dedication but the courage it took to ride across the country in an effort to give back. A self-proclaimed ‘small town regular guy,’ James was a shining star, and we are honored to have had him shine his light in our direction. We express our deepest condolences to his friends and family,” Dr. Keith Loud, physician-in-chief at CHaD, said in a statement.

Donations have continued after his death.