A “Pickle” over Pickleball 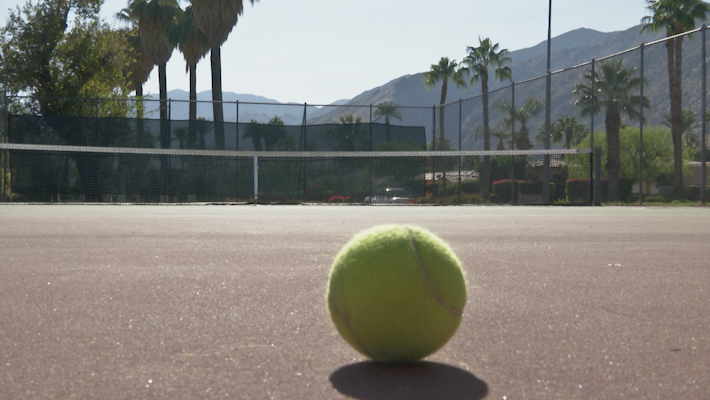 The city of Palm Springs is in a “pickle” over pickleball. After a proposal to convert two courts at Ruth Hardy Park into pickleball courts, the whole tennis community showed up to City Hall on Tuesday to make their voices heard.

Tennis players in the valley said over the years, pickleball has slowly been taking over tennis courts. Now, players are trying to stop the trend. Between long wait times at the courts and the loud noises of pickleball, some said they’re even thinking about moving.

“I love pickleball,” Corey Dickinson, a regular tennis player at Ruth Hardy courts, said. “It has been said that it’s the only sport that grandchildren and grandparents can play together and I think that’s wonderful but what I have a problem with is that this park is known throughout the world, people come from all over to play tennis here.”

Dickinson, along with several other tennis players, have a love for Ruth Hardy Park in Palm Springs.

“A lot of people come here out of town for different tournaments and stuff and they play here,” James Degain, another tennis player said. “It’s pretty well known.”

When they heard about the two-court conversion, it was a tough pill to swallow.

“This wouldn’t be an appropriate place for it because it’s so busy,” John Miller, another tennis player said.

Therefore, they’re petitioning against the change. About sixty tennis players and pickleballers packed a room to voice their concerns.

“I love it here, I’ve been coming for five years,” a “snow bird” from Australia said. “If the tennis courts were taken away, I don’t think i’ll be coming anymore.”

Interestingly enough, both sides seemed to be asking for the same thing.

“I don’t want to really take away the courts that they have,” one pickleball advocate said. “We need those courts over in Demouth park.”

Most want to make Demouth park all pickleball courts and keep Ruth Hardy all tennis. In response, the city put forward a motion to build a new, 16-court pickleball facility at Sunrise Park.

In the meantime, Demouth park will be converted to all pickleball except for one tennis court for locals and Ruth Hardy will be all tennis.

After the pickleball facility at Sunrise Park is built, Demouth park will allow both tennis and pickleball players. The city said they’re hoping to break ground quickly and finish the facility in one year.