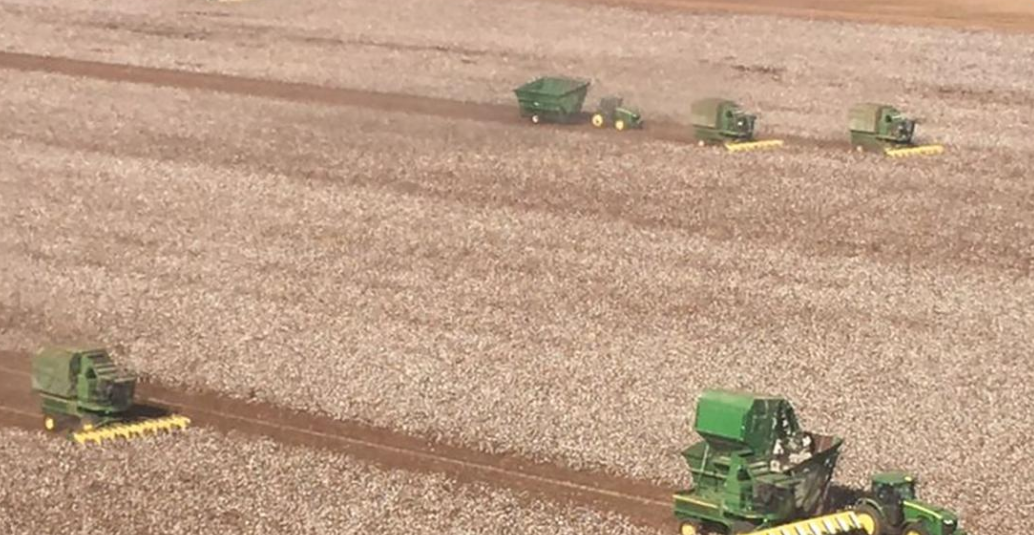 A Texas cotton farmer is battling cancer and couldn’t harvest his crop. So his neighbors did it for him

When farmers in West Texas found out that one of their neighbors had cancer and couldn’t harvest his cotton crop, they turned out to help.

They offered so much help, in fact, that some had to be turned away.

Greg Bishop, who lives in Floyd County northeast of Lubbock, was diagnosed with leukemia in September and is undergoing treatment.

On Monday, neighboring farmers brought 20 cotton strippers and all the other equipment needed to harvest Bishop’s fields — about 450 acres in all.

Aaron Hendricks, the General Manager of Floydada Co-Op Gins, has known Bishop for about 25 years and says he’s a respected member of the community.

“He would not have asked anyone for help, but he would have been the first one out if somebody else was sick,” Hendricks said.

Hendricks told CNN that about 80 or 90 people came to help with Bishop’s harvest. He didn’t have an exact count, but says a local chemical business brought in 75 hamburgers to feed everyone and ended up running out.

In addition to all the machinery, farmers directed traffic, put tarps on bales and cleared tumbleweeds that had blown into the fields. Other businesses supplied fuel and service trucks in case any of the vehicles broke down.

Robert Nixon helped organize the effort and said it was overwhelming how many people came to help.

“We started around 10 o’clock this morning and a little before 3 we were done. I mean we had that many people,” Nixon told CNN affiliate KCBD.

“If he would have done it himself with one machine it probably would have taken him about two to three weeks,” Hendricks said.

Bishop’s longtime friend and former college roommate, Dave Carthel, told KCBD that everyone was just glad they could be there for him.

“He’s got a rough row to hoe and he’s got a lot more worries down the road than just getting his crop in so we were all just real glad to do it. And I was glad to be a part of it,” Carthel said.