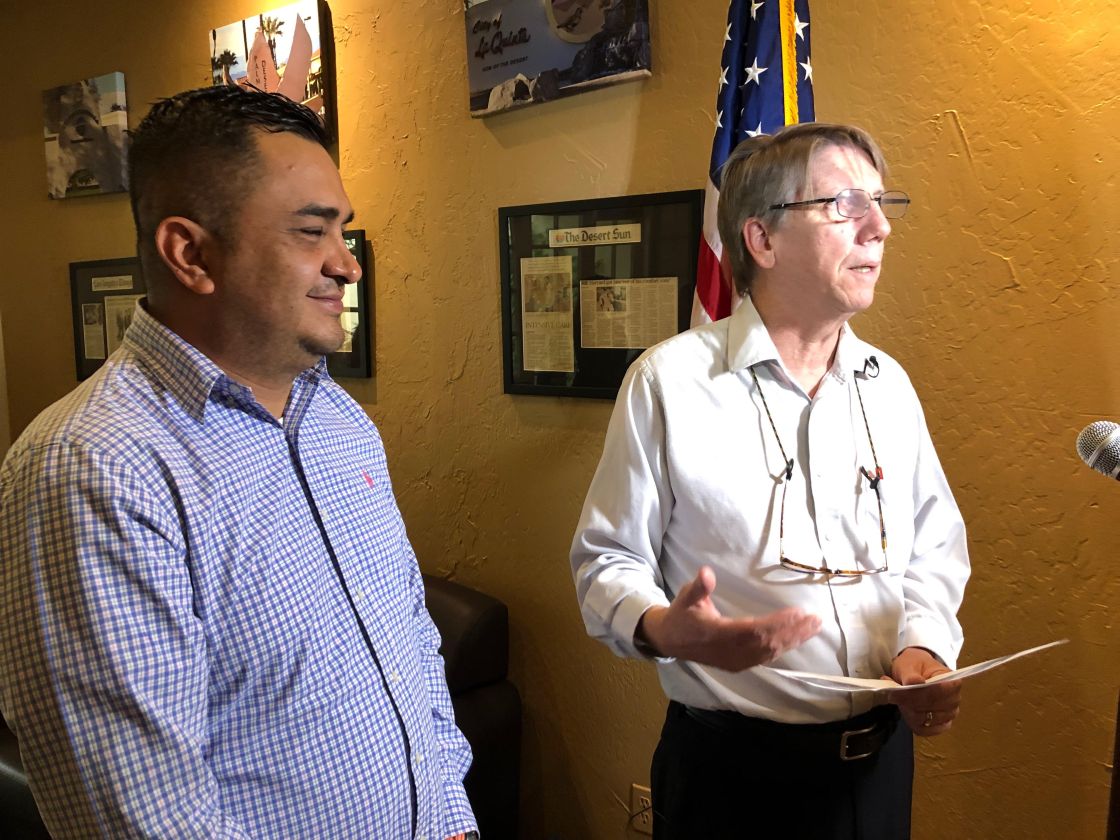 Emotions were high inside of Congressman Raul Ruiz’s office earlier today. Representatives from multiple organizations proposed solutions to the underlying problem at the border.

Leaders from the Inland Congregations United for Change, or ICUC, an organization that aims to provide safe and inclusive spaces for all, shared their thoughts. Thoughts they hope Congressman Ruiz takes to Washington D.C. to put an end to the border crisis.

“Is this the new normal. When people come fleeing from violence and seeking refuge?” Tom Dolan, the Executive Director for ICUC told NBC Palm Springs.

Dolan is talking about the migrant caravan.

“They come to the border and they’ve been received with tear gas, they have been isolated, they have been separated from their families, and as people of faith we are standing in solidarity with those families saying ‘this is unjust and we cannot stand for this.”

So he, along with the ICUC and Faith In Action, are asking Congress to grant them four things.

“One, we want them to send additional judges to the border to address this because part of the problem at the border is that people’s asylum cases can’t be heard. Number two, we’re asking Congress to not pass increases for ICE and for further policing on people coming here looking for refuge. Thirdly, we’re asking to send assistance to the Central American countries, especially,  where people are fleeing. So that they don’t have to leave their country because nobody wants to leave their country and their family. Finally, we’re asking to send humanitarian aid to migrants at the border.”

Four things that Tom says, simply can not wait.

“This is extremely time sensitive right now because there are going to be decisions made in Congress next week, about funding. Those people represent the same values as us and live with the same challenges that we do. But we have a billionaire President who gives orders to treat these people brutally, and we are demanding an end to that…and the way to do that is through Congressional leadership. We know that our Congressman Ruiz will stand with us.”

“I want to thank the group of constituents who visited my office today to make sure their voices are heard. I continue to oppose the construction of an extremely costly border-wide wall that experts agree will be ineffective and a waste of taxpayer money.”

Several of these issues will be addressed during a lame-duck session in Congress within the next week. Among the topics that will be discussed will be the border wall, and funding for ICE, border patrol, and border security.