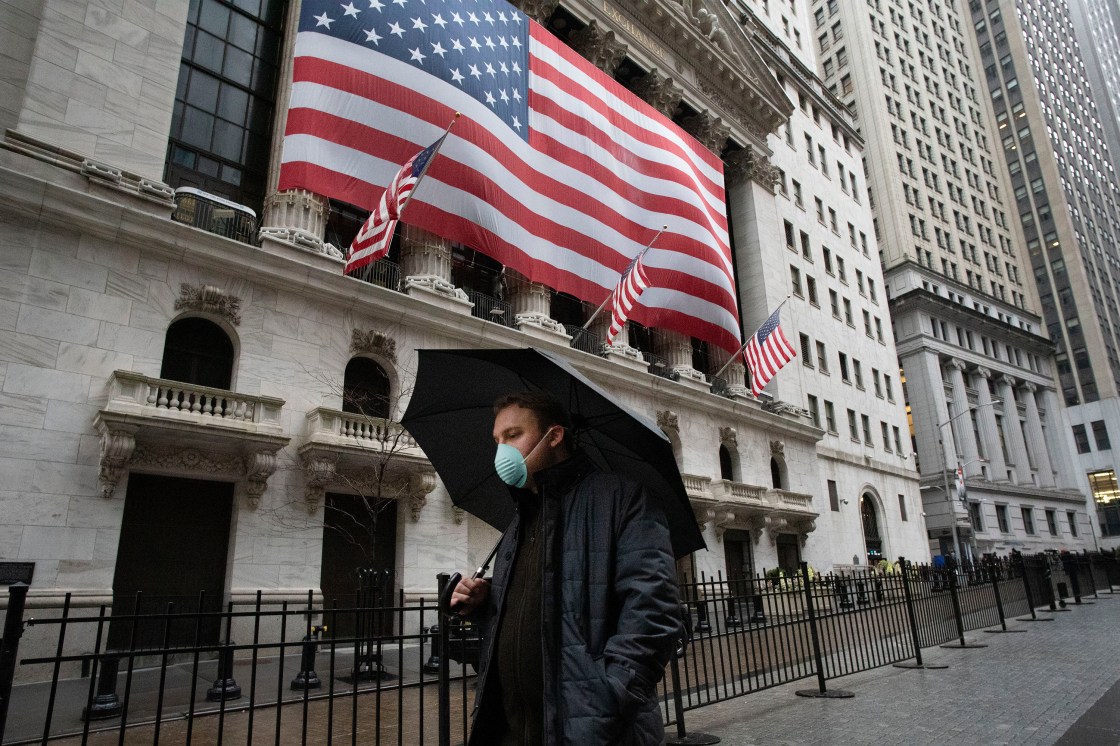 In the first day of trading since Monday’s record decline, the Dow Jones Industrial Average on Wednesday soared by over 1,000 points, erasing its historic Christmas Eve losses. The broader S&P 500 gained 4.2 percent and the tech-heavy Nasdaq picked up by more than 5 percent.

Wall Street traders had been bracing themselves for volatility as trading resumed after the holiday break, with tensions and unpredictability high due to President Donald Trump’s sharp criticism of some members of his economic team and a record plunge for the Dow, which tanked by 653 points on Christmas Eve.

The retail sector led the bounceback by midday Wednesday, with Amazon shares up 7 percent after the e-commerce giant announced it had seen a “record-breaking” holiday shopping season. Wayfair, Kohl’s and Dollar General also shot up by more than 4 percent after one report showed that retailers had seen their best year since 2012.

Markets have been skittish in recent weeks on mounting fears of a global economic slowdown. While those concerns have been increasingly reflected in the markets — the Dow was down 7 percent for the month and the S&P was on the precipice of a bear market — losses accelerated sharply last week after the Federal Reserve failed to indicate that it would definitively ease off on tighter lending.

Japan’s Nikkei index plunged into a bear market on Tuesday, falling 5 percent. Wednesday overseas trading saw a continuation of the sell-off, with investors uneasy about the government shutdown in the U.S., the standoff between President Donald Trump and the Federal Reserve, and increasing turmoil and staff turnover in the White House.

Markets in Britain, Germany, and France are still closed for the holiday and will reopen Thursday.

Trump has laid the blame for the recent Wall Street sell-off squarely on the shoulders of Fed Chairman Jerome Powell, a rebuke that has roiled markets and even prompted an eleventh-hour call to the nation’s top banks from Treasury Secretary Steven Mnuchin to confirm that markets can “continue to function properly” despite the mayhem.

However, that call, which a Treasury official said was meant to be “a reassuring step,” seems to have merely rolled eyes among the banking community, with some chief executives “totally baffled” by the “unnecessary” step, according to one report.

Rep. Maxine Waters, D-Calif., the ranking member of the House Financial Services Committee, described Trump’s maneuvers and Mnuchin’s recent actions as “erratic,” in a statement released on Monday, saying their moves were “creating uncertainty and instability in the markets.”

“It would be in our nation’s best interest if they stopped what they are doing,” she said.

On Wednesday, Kevin Hassett, the head of Trump’s council of economic advisers told NBC News that despite swirling reports to the contrary, neither the Fed Chairman’s job nor Mnuchin’s was in peril.