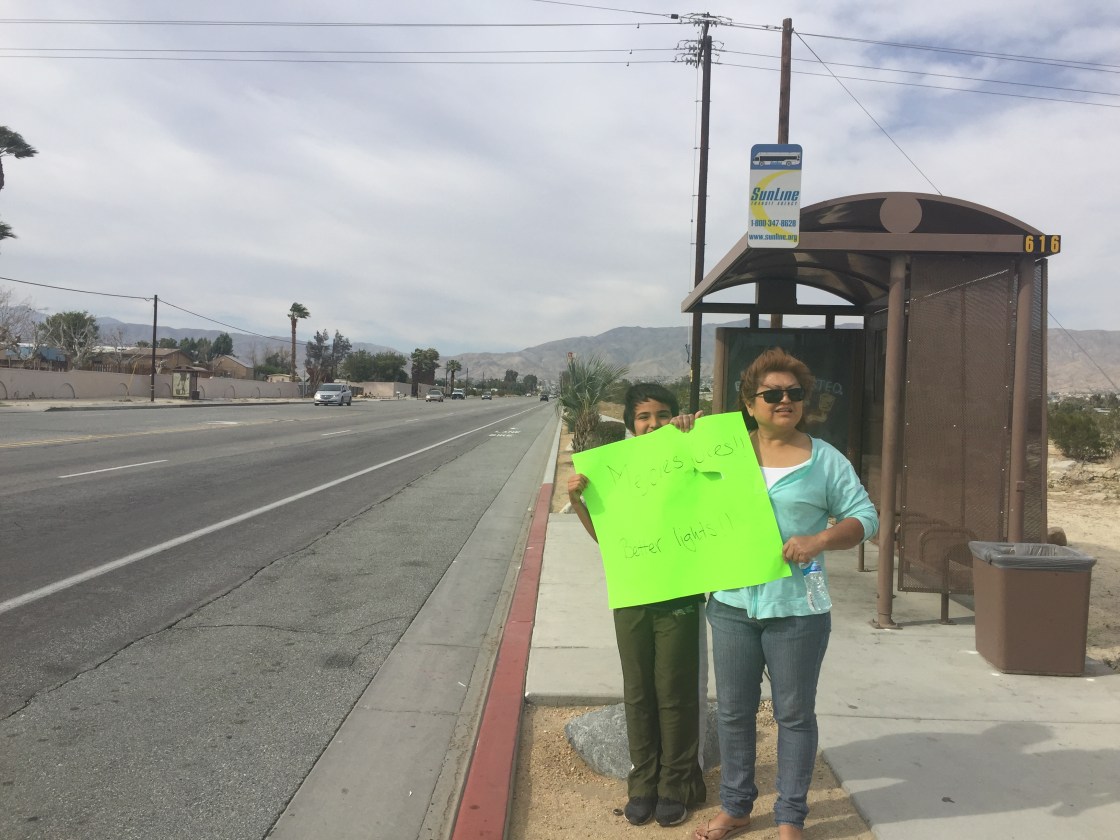 Palm Drive, the main street in and out of the Desert Hot Springs has been a safety problem for pedestrians and motorists for years, but the issue came to the forefront after the death of 17-year-old Pamela Carillo last March who was crossing Palm Drive to get to a bus stop. The community had enough. They staged protests and went to Desert Hot Springs City Council.

Scott Matas, the mayor of Desert Hot Springs says the city council heard them loud and clear and took action, “We the city council listened to the public and actually decided to put a stop light at the corner of Camino Aventura and Palm Drive.”

He says the city prioritized major safety improvements on Palm Drive and included Carillo’s family, “The family that lost their loved one talked about something they were doing in another state which was naming certain roadways that were dangerous safety corridors putting some blinkers and some signage up to actually slow traffic down.”

But the stop light in the area where Carillo died has been delayed until April, “It would be up and running right now if it wasn’t for the shortage in steel in the united states right now.”

Matas says the overall plan has been in the works for years, much of it being covered through grants, “Put in 23 new street lights, new bicycle lanes, new sidewalks for people that travel on the west side of the road that doesn’t have sidewalks.”

He and city officials hope this improves safety because they too have had enough, “We saw too many studies of fatalities and casualties along Palm Drive and we come to find out we were the second highest in the Coachella Valley and we didn’t want anymore.”